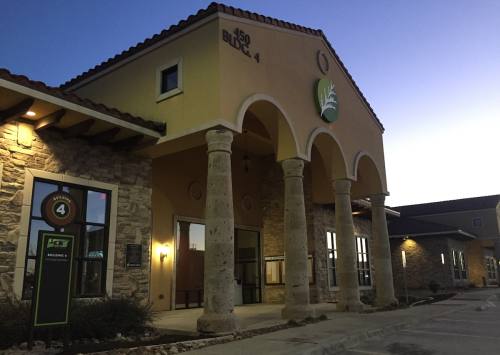 Seven of the nation’s 15 fastest-growing U.S. cities hail from Texas, according to Census population estimates that rank percentage growth for municipalities exceeding 50,000 population. Frisco, New Braunfels and Pflugerville topped the overall national rankings, and Georgetown (No. 6), McKinney (No. 9), Flower Mound (No. 11) also made the cut.

Because the set of U.S. Census Bureau statistics did not compare population growth rates for cities with less than 50,000 residents, the city of Leander was not considered. U.S. Census records last estimated the city’s population at 42,761 residents in 2016, although on Aug. 17 of last year, the city declared its population as over 50,000.

Five of the top 15 cities with the largest numeric increase in population were in Texas as well, with San Antonio in the No. 1 spot, Dallas at No. 3, Forth Worth at No. 4, Frisco at No. 9 and Austin at No. 12. Austin experienced a growth of 12,515 people, reaching a total population of 950,715 residents.

The Lone Star State also dominated the 15 most-populated U.S. cities as of July 2017, with an estimated 2.3 million residents in Houston, which ranked fourth overall behind New York City, Los Angeles and Chicago. San Antonio (No. 7), Dallas (No. 9) and Austin (No. 11) remain unchanged in rankings, and Fort Worth became the 15th-largest city—knocking Indianapolis out of the top 15.