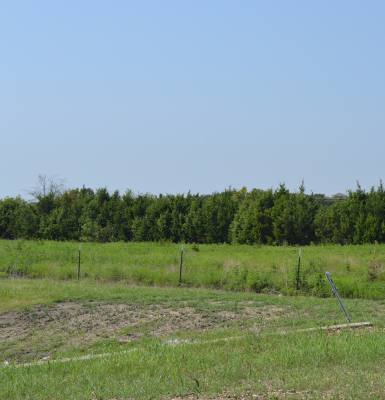 After numerous projects have been proposed for Leander’s walkable downtown district, the city’s budget for the zone is being reconsidered to cover new predictions for infrastructure costs.

The tax increment reinvestment zone No. 1, or TIRZ, was created in 2006 to provide reimbursements to developers building projects in the city’s transit-oriented development district, or TOD. The reimbursements, funded through the city of Leander and Williamson County, are intended to help cover public infrastructure improvements.

“I think [the TIRZ board] is an outstanding tool,” Leander City Council Member Shanan Shepherd said at a council meeting Nov. 2. “I think there are several developments that are worthy [of TIRZ funding] and I would support seeking to increase the amount of the TIRZ [funding].”

Traditionally the reimbursements have been provided incrementally through tax revenue over time, Assistant City Manager Tom Yantis said. However in the past few months at least one developer has asked for reimbursements up front for the Northline mixed-use project.

The TIRZ, which is set to expire at the end of 2031, was previously budgeted to provide reimbursements up to $59,845,000, according to city documents. As of Dec. 1, $23,819,582 of the TIRZ budget is already committed to projects, Leander spokesperson Michael Neu said. He said anticipated requests for infrastructure reimbursements may exceed the project’s current budget.

“As a citizen, I see the value of the TIRZ. I see the money it that it could potentially bring to our home values. I see how it could grow and make Leander a better city,” TIRZ Board Commissioner Joseph Eckels said. “There is far more need than there is funding.”

Eckels said that as a board member, he struggles because the TIRZ was established right before the recession, which pushed back development plans by several years. He requested that City Council provide the board with feedback on how to distribute the reimbursement funds to help the members make better decisions.

Leander city staff analyzed the core of the TOD—west of Toll 183A, east of US 183, north of Hero Way and south of San Gabriel Parkway—and found that infrastructure costs for the area could exceed $78,138,661.31 once built out, exceeding the present TIRZ budget, Leander City Manager Kent Cagle said.

Jolinda Marshall, principal planner for the TOD at the Capital Metropolitan Transportation Authority, spoke in support of increasing the spending cap for the TIRZ.

“We see a lot of value out there [in the TOD],” Marshall said. “We see this eventually as a very regional transit hub.”

City Council voted unanimously in support of an increase to the TIRZ budget to $120 million at its Nov. 2 meeting. Next Williamson County must consider approving the TIRZ budget recommendation, according to Neu. If passed, the TIRZ board will officially adopt the budget and city and county officials will then have the opportunity to approve the adopted budget, he said. As of Dec. 12, dates were not yet set for budget consideration.
SHARE THIS STORY