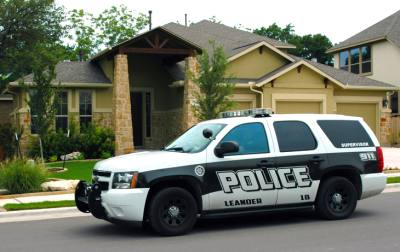 Leander Police Department officers and vehicles will be outfitted with updated cameras.

The purchase includes 57 body cameras, one for each commissioned officer, and seven in-car cameras for the force’s newest cars, Minton said. The department’s other cars already have cameras, he said.

He said Leander police officers have been wearing body cameras for a few years, but the system has some software issues.

“When they’re not working as intended, we have to make a change,” Minton said.

One of the benefits of the new cameras is they will be automated; they will activate when an officer gets out of his or her car or turns on the lights, the police chief said. The existing system’s cameras are all manual, he said.

Additionally, the Axon cameras have the technology to buffer back—they can record the 20 seconds prior to being switched on.

This is useful, for instance, when an officer sees a driver running a red light and then turns on the camera, capturing the driver’s actions, Minton said.

The new cameras will cost $275,700.53, according to city documents.
SHARE THIS STORY

Jim MacKay was not present at the meeting and his reasons for his resignation have not been disclosed.

For the average Cedar Park homeowner, city property taxes will increase by $115 from the last tax year.

The Block House Creek channelization project is expected to begin construction in fall 2022.