Both Cedar Park and Leander continue to see economic growth, leading to more developments in both cities.

Several companies have moved or pledged to move headquarters locations or branches into Cedar Park and Leander in recent years, and economic development leaders are working to formulate strategies to bring targeted jobs into the area.

In Cedar Park, Economic Development Director Phil Brewer announced in April that Visual Lighting Technologies, an LED and fiber-optics manufacturer, will expand to the city from California and employ 30-40 people by the end of the year.

Visual Lighting Technologies President Daniel Haydt said his company is excited about moving into the community.

“We have employees with feet on the ground already doing some preliminary stuff for this building, and they’re very excited to be in Cedar Park,” he said. “This city is fantastic, everything we’ve seen about it.”

Other companies that moved  to Cedar Park include the 2014 arrival of Germany-based automotive supplier Voltabox, which now has a North American headquarters in the city, as well as two California transplants, including Serenova, a software development company that established in Cedar Park last fall, and Corvalent, a circuit board manufacturer that relocated in 2008.

“We like to recruit companies where there isn’t somebody [similar] already here, because then they don’t come in and try and cannibalize some of [other companies’] employees,” Brewer said.

In Leander, Economic Development Manager Eric Zeno said geotechnical company TSIT and Tex-Mix Concrete, a construction supplies company, have moved to the city in the past five years. Other anticipated new businesses include the Pedernales Electric Cooperative, which will build a regional headquarters in the city; and Capital Metro, the public transit agency for the Austin area that plans to build a maintenance storage facility.

“We’re hitting that wave where we have to be ready for the growth, and it’s coming,” Zeno said. “The city has done a lot with infrastructure such as street improvements, so we’ll be able to grow and control the growth.”

“Leander was selected because of its geographic  location, available land and recruitment opportunities for individuals who may want a career with the cooperative,” Beggs said.

Incentive deals
To stay competitive when attracting new businesses, representatives said they use a variety of incentive strategies.

The funds can help pay for infrastructure reimbursements for water and wastewater lines, which are “opening up new properties in areas that currently you can’t access either through roads or with utilities,” Brewer said.

Leander does not have 4A or 4B corporations, as a portion of its sales tax is instead dedicated to Capital Metro, which the city agreed to partner with as part of a 1985 vote.

Leander focuses on tax reimbursements and developing tax increment reinvestment zones, which may provide funds for redevelopment, infrastructure and other community-improvement projects, Economic Development Director Mark Willis said. One such development zone is the city’s transit-oriented development district at the Capital Metro stop.

For small businesses, the city established the Old Town Incentive program in 2015 as another economic development resource. Willis said the goal of the program is to get businesses to move into Leander’s town center near City Hall by offering the businesses a grant.

Growth challenges
For Zeno, keeping up with growth has proven to be the biggest challenge as the Leander city department attempts to spur more economic development. Accessibility to undeveloped areas, which requires the city to build roads and install infrastructure, pose immediate hurdles, he said.

Cedar Park must overcome the fact the city is landlocked, Brewer said.

“We’ve got this finite amount of space that we can grow into that’s still yet to be developed, and the goal is to develop it to its highest and best use with development that’s compatible with what we already have here in terms of the look and the feel of stuff and to create as many jobs and as much new tax base as we can,” Brewer said.

Future Industry
For Cedar Park, Brewer said he would like to continue to diversify primary jobs in the area.

Zeno said Leander would like to see professional tech office jobs moving into the area.

“We have a mix of white and blue-collar depending on one’s definition,” he said. “Forty-four percent of Leander’s population has a bachelor’s compared to Austin’s 41 percent.” 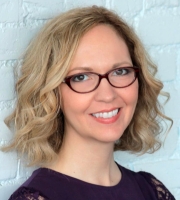