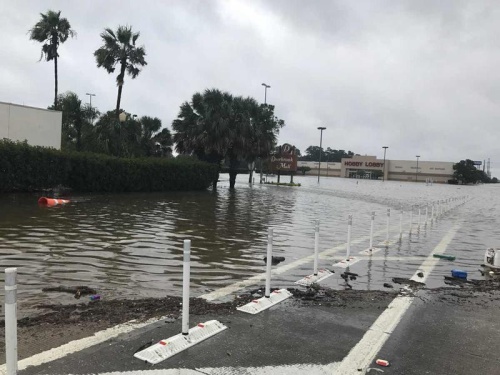 After Hurricane Harvey hit Texas in August, the Greater Houston area had between $81 billion and $108 billion worth of property damage and economic loss, according to CBRE, a commercial real estate services and investment firm.

It was not just homes that were destroyed—many businesses were affected, too.

In Humble, Kingwood, Atascocita, Summer Creek, Summerwood and Fall Creek, approximately “300 businesses have had to close because of the flooding,” said Jenna Armstrong, president and chief executive officer of the Lake Houston Area Chamber of Commerce. She said that number does not include damaged businesses that have continued operating.

“We decided to do an ‘adopt a chamber, adopt a community’ program,” Moline said. “Knowing that [Armstrong’s] community had been pretty heavily affected, when the time came, I requested to adopt [the] Lake Houston Area Chamber.”

As part of the adoption in September, Cedar Park chamber members were encouraged to sign up for a one-year membership with the Lake Houston chamber, and the proceeds benefit businesses affected by the hurricane, Moline said. As of Nov. 1, the chamber has collected $2,000, he said.

“The partnership is assisting us in helping our businesses and our economy recover,” Armstrong said. “Businesses are so thankful just to have basic necessities to operate. It gives them confidence that they are going to rebound, [that] there are people out there that care.”