UPDATE: With coming rains, LCRA not ruling out floodgate activity for Lake Travis, other Highland lakes 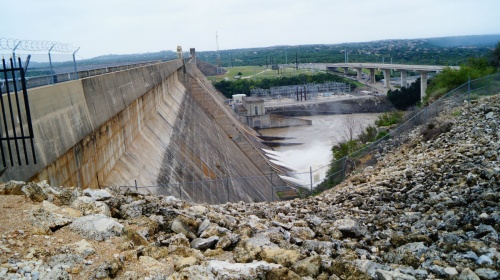 Rainfall should end Friday night and clear up by Saturday morning, per the flash flood watch.

A flash flood warning has been issued for the South Fork San Gabriel River.

Original post: With at least 1-2 inches of rainfall and possible flooding predicted for Friday, Lower Colorado River Authority officials have not ruled out preventive activity for the Highland Lakes chain.

“LCRA is closely monitoring inflows to the Highland Lakes and will be ready to react as needed,” LCRA Public Information Officer Clara Tuma said. “At this point it is too early to tell whether we will need to open any floodgates, but with heavy rain in the forecast and full lakes, it is certainly a possibility.”

LCRA officials are encouraging residents living along the lakes to sign up for LCRA’s Flood Operations Notification Service, or FONS, to be alerted if flood operations need to be initiated at dams along the Highland lakes, and to monitor the LCRA Hydromet for current rainfall totals, streamflow and lake levels.