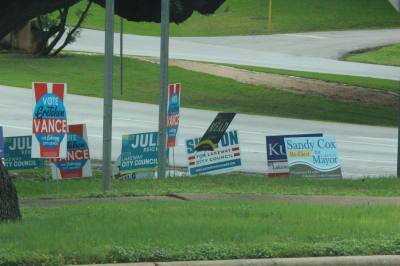 A total of nine candidates vied for four positions in Lakeway for the May 4 election.

Lakeway Mayor Sandy Cox will keep her position for another year, as unofficial totals for her race against Tom Kilgore show her as the clear victor with 100% of the votes counted.

"I'm delighted to have the opportunity to serve Lakeway again for the next two years," Cox said. "Thank you Lakeway!"

They replace council members Ron Massa, Keith Trecker and Bridge Bertram, who have all reached their term limits. The City Council candidate pool for the May 4 election was even larger than November's, with seven people running this time around.