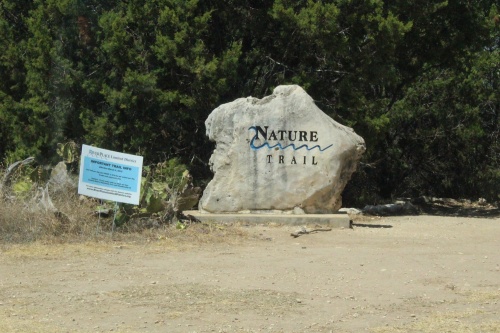 A law firm representing the River Place Limited District has sent a letter to TPWD defending its use of a $10 per person and per pet trail fee to nonresidents.

It was only after several months of deliberation from the board of directors coupled with ample public outreach as well as a comparison to charges levied at another Austin-area park that the River Place Limited District Board of Directors decided to charge its own trail fee to nonresidents.

That is the main substance of an Aug. 6 letter acquired by Community Impact Newspaper from the law firm McGinnis Lochridge on behalf of the River Place Limited District.

The letter, confirmed authentic by River Place board President Scott Crosby, is a response to a July 23 letter from the Texas Parks & Wildlife Department stating the $10 per person and per pet fee the River Place Limited District has been charging nonmembers to use the trail at designated times since March is not reasonable, nor is it comparable with other state or local public facilities.

A $500,000 grant issued in 2001 by the TPWD for the partial acquisition and full development of Woodlands Park was the main reason for the department's investigation into the legality of the fee being charged by the limited district.

The response letter from McGinnis Lochridge details capital expenditures pertaining to the limited district's Woodlands Park nature trail, including $250,000 for its Phase 2 portion.

The expenditures "show that the District incurs significant ongoing expenses to maintain it," the letter states. "While many visitors are generous enough to leave donations, they simply are not sufficient to cover the associated maintenance expenses."

Though the River Place board has repeatedly said the fee would go toward maintenance of the trail, it has also disclosed in public meetings that the cost to implement the fee has essentially resulted in the board breaking even on the endeavor.

Another argument brought forth by McGinnis Lochridge centers on comparable pricing from another public park in the Austin area—Emma Long Metropolitan Park in West Austin.

"For reference, the City of Austin's Emma Long Park, which is the closest public park in proximity to the District, charges $10 per day, Friday through Saturday and holidays; $5 per day, Monday through Thursday; and $1 to walk in or bike in," the letter states. "In other words, the City of Austin charges an access fee at all times for Emma Long Park. Meanwhile, the District provides free access to the Nature Trail the vast majority of the time, charging $10 only during peak hours of usage on weekends and holidays."

Under the trail fee expenditures section of the accompanying budget, the costs amount to $43,030.15 from Jan. 31, 2019, to June 30, 2019. Though the costs to implement the trail fee through the end of June show a net loss from the program through its first several months of almost $8,000, Crosby said startup fees contributed to that deficit.

"I think when it got down to it, what we had communicated was that we had made about $35,600 [through the end of June], and that we had spent about $35,000 since the beginning of the program [to implement the fee]," Crosby said, adding that estimated profits from the fee in July amount to around $2,000—money the board put back into the limited district's general fund.

August profits from the trail fee will be made known at the Sept. 24 limited district board meeting, he said.

There is still not a set time frame for when members of the River Place Limited District and TPWD might meet because key members of the parks department will be out of town, Crosby said, but added it could be scheduled in the next few weeks.

Community Impact Newspaper has reached out to TPWD for more information.