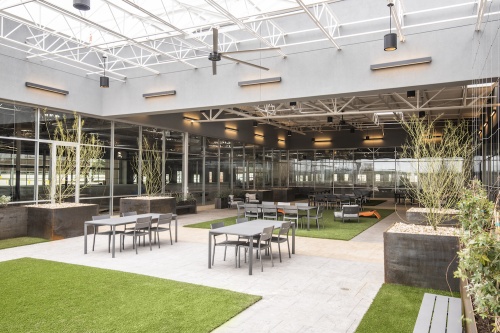 The Preserve at 620 is offering 225,000 square feet of office space in a converted Walmart warehouse.

Corning Optical Communications LLC, a manufacturer of fiber optic communications system solutions, signed a lease for approximately 52,000 square feet at the property in December, according to a news release from Aquila Commercial.

The Corning lease, combined with about 43,000 square feet leased to IAS, means more than 40 percent of the property was leased upon delivery. About 130,000 square feet of contiguous office space remains available, representing one of the only existing large blocks of space on the ground and ready for tenant improvements in Northwest Austin, the release said.

"Preserve at 620 involved the total transformation of a former Super Walmart," the release stated. "Following a national trend of converting well-located, large warehouses and big-box retail into alternative uses, the shell of the Walmart structure presented a unique opportunity as a single-story office development."

Building amenities include parking; a series of covered and uncovered parks and courtyards; a premier fitness center; a dog run; a games lawn; and a sports court.