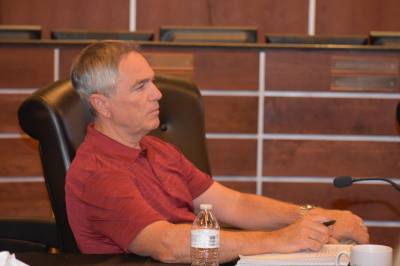 City of Bee Cave Council Member Monty Parker has filed an application to run for mayor, records with the city show.

Parker has been a council member since 2015, and prior to that he sat on Bee Cave’s Planning and Zoning Commission.

In a message posted on his Facebook page, Parker wrote he intends for this to be a positive campaign focusing on the things to make the city better.

"We have a lot to be proud of with our city. The mayor we have had for the last 18 years has, in connection with nine different City Councils, charted a very prudent fiscal course leaving our city in excellent fiscal shape with a low tax rate and extensive financial reserves.

However, over those 18 years our city has changed. Our city has experienced explosive growth and many citizens feel that the city government has not been responsive," Parker wrote.

Mayor Caroline Murphy told Community Impact Newspaper of her intention to file her papers before the Feb. 16 deadline. Murphy has held the position of mayor of Bee Cave since 2000. The city changed from village status in 2006, and voters approved a Home Rule Charter in 2013.

Council Member Tom Matzen, who has sat on council since May 2014, filed an application to retain his seat.

Bee Cave's mayor and the five-member City Council are elected to two-year staggered terms annually on the first Saturday in May.

The city of Lakeway will hold an election for mayor and two open council spots the same day.
SHARE THIS STORY