Continuing the discussion from a January council meeting, City Council members unanimously voted Feb. 12 to add Terrace Mountain Drive onto the proposed list of capital improvement projects to be funded by a potential $22 million bond.

The bond will appear on the May 2 ballot encompassing two sections: a number of road and drainage repairs as well as plans for a new city hall and police building.

After an evaluation, the engineering firm K. Friese and Associates compiled a list of the city’s most critical infrastructure needs, designating $10 million to pavement and drainage projects and $12 million toward a municipal building.

Terrace Mountain was initially identified by K. Friese as a critical project due to various issues involving the roadway. The firm evaluated the risk to public safety, frequency of maintenance, and input from residents.

The roadside swales, which are tracts of land similar to ditches, are shallow and prone to sediment buildup, according to West Lake Hills, and several of the road’s culverts are also undersized. The existing culverts, which allow water to flow under a road, have caused flooding issues and require consistent maintenance.

The total project cost is estimated at $801,970 and is anticipated to take approximately four months to complete. The proposed improvements include 550-foot ditch improvements, culvert replacements near Spurlock Valley Drive, pavement repairs from Caravan Circle to Westlake Drive and more.

The Terrace Mountain project, which will include a pavement and drainage component, was previously removed from the list of projects. At the time council was confident the project could be completed using funds West Lake Hills will receive through the sale of city-owned land at 110 Westlake Drive, according to Mayor Linda Anthony. However, the development’s plans have been delayed, postponing the closing of the sale totaling $1.5 million dollars.

Anthony noted during the meeting that the original project list consisted of 12 roadway and pavement prior to city officials decided to remove smaller projects to funded within operating expenses.

All Travis County parks will be temporarily closed from 8 p.m. April 9 through the holiday weekend, with a limited number of parks reopening 8 a.m. April 13 for walking, hiking and biking.

Lakeway Mayor Sandy Cox took to Facebook on April 7 to update the community on the latest coronavirus news and response efforts by city officials. 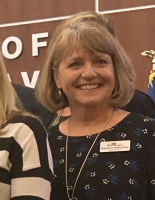 Bee Cave City Council received an update on an innovative effort to help small businesses within the city suffering losses due to the ongoing COVID-19 crisis.