A 10-0 vote by Austin City Council on June 3 ensured the permanent preservation nearly 4,100 acres of land home to one of the area's unique wildlife habitats and key sources of drinking water.

Council via consent June 3 approved the purchase of a conservation easement on the Barton Creek Habitat Preserve, located near Hwy. 71 southeast of Bee Cave, from longtime owners and stewards The Nature Conservancy for up to $2.8 million. The Barton Creek preserve now represents one of the largest pieces of the Balcones Canyonlands Preserve, a series of protected spaces stretching throughout western Travis County, and the public-private conservation plan on those lands.

The Nature Conservancy has managed the preserve for decades since first implementing an Endangered Species Act 10(a) permit with the U.S. Fish and Wildlife Service and a local developer there in the mid-1990s to prevent the construction of thousands of new homes. 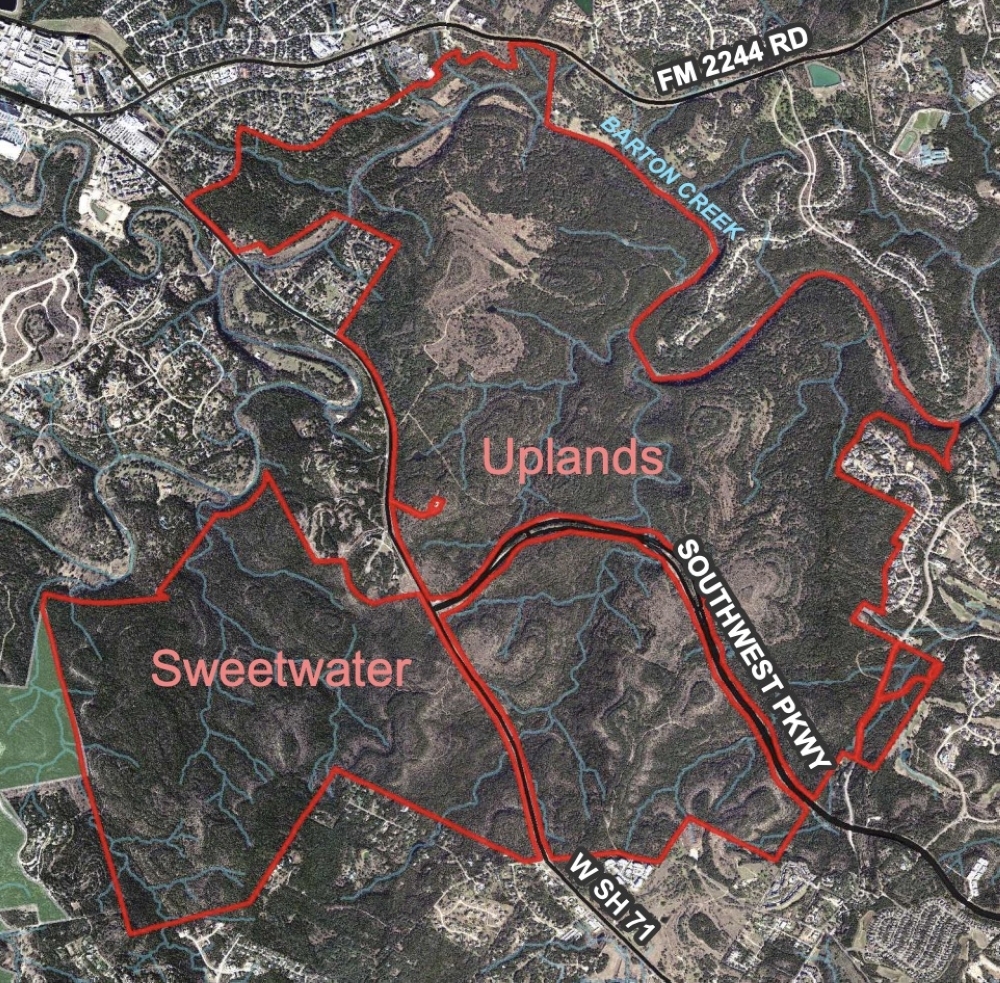 Representatives with the city and conservancy said the easement purchase this spring furthers the goals of Austin's civic watershed protection efforts and the continued safeguarding of plants and animals on the preserve in the face of expanding development. While The Nature Conservancy's existing endangered species permit is not set to expire until 2024, the new conservation easement was pursued this year to preemptively ensure a continuity of preservation operations into the future.

"The cost of managing the 4,000-acre Barton Creek Habitat Preserve is only increasing with time; because of this transaction, the conservancy will have permanent funding to use for ongoing operations and maintenance expenses," said Suzanne Scott, state director for the conservancy's Texas chapter, in a May email prior to the city's purchase. "The pending conservation easement sale to the city of Austin affords [The Nature Conservancy] the ability to continue stewarding this land for the benefit of our residents—both human and wild—for generations to come."

Stephanie Lott, a spokesperson for the Austin Watershed Protection Department, said Austin's interest is also tied to its Water Quality Protection Lands program given the preserve's contribution of clean water for the Edwards Aquifer, Barton Creek and the city.

"The preservation of natural areas, like the preserve, provide and maintain a safe water supply for Austin. Natural or undeveloped areas produce an optimum level of clean, high-quality water for recharge to the Edwards Aquifer and for baseflow in area creeks," she said.

Austin's acquisition includes a $2.5 million purchase and up to $300,000 in closing costs to be funded through 2018 city bond funds for open space, of which $40.8 million now remains, Lott said.

Scott also noted the preserve is home to the endangered golden-cheeked warbler; the Central Texas native Guadalupe bass; several rare plants; and a variety of more common animals such as deer, lizards and porcupines. With environmental considerations including protection of those species remaining in place, Lott and Scott said the conservancy's on-the-ground management is not expected to change following Austin's conservation easement purchase. Lott said the agreement will also tighten the preserve's impervious cover limit while protecting its wildlife habitat and water quality "in perpetuity."

"Through this action, the city of Austin affirms the value of protecting and conserving this critical habitat to benefit our community—all while facing unprecedented growth and development," Scott said.

The preserve is not typically open to visitors, a practice that will continue following the easement purchase. However, Scott said the conservancy will continue hosting planned sessions with community groups, students, naturalists and researchers, and new events for members of the public may also be also be scheduled in the future.