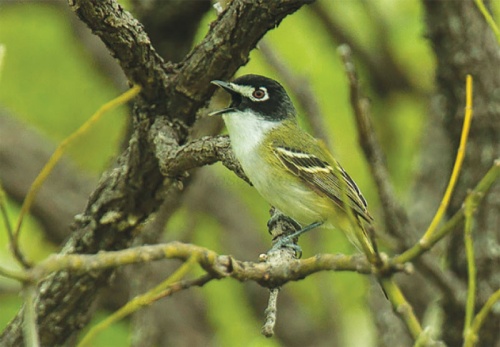 The U.S. Fish & Wildlife Service took a small, migratory songbird called the black-capped vireo off the federal Endangered Species List on May 16, but its Central Texas habitat, protected from development for more than 22 years, will remain intact, according to the Travis County commissioner for Precinct 2.

“The [vireo’s] delisting is based on the presumption that the [Balcones Canyonland] preserves will remain in place in order for the species to survive,” Brigid Shea said in a release.

The preserve takes in 31,839 acres in Travis County and was created in 1996 to make up for the permanent loss of other endangered species' habitat.

“I hope Travis County residents will take the time to explore hidden gems like the BCP through guided hikes and by visiting parts that are regularly open to the public like Wild Basin Wilderness Preserve [805 N. Capital of Texas Hwy.] and Westcave Preserve [24814 Hamilton Pool Road, Round Mountain],” Shea wrote.

Which species are protected?

Currently protected local species, some are found only in Central Texas.