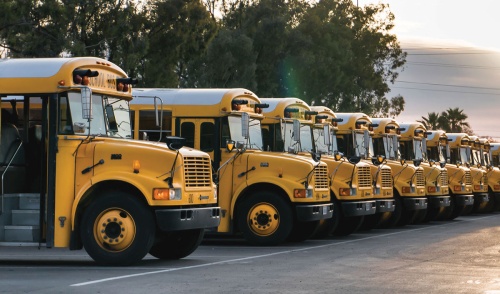 The Texas Commission on Environmental Quality announced Aug. 5 that Eanes ISD will acquire $1.1 million in federal grant money from the Texas Volkswagen Environmental Mitigation Program settlement for the replacement of the district’s diesel school buses.

EISD is one of four entities in the Austin area set to receive funds for more environmentally conscious buses.

Under TxVEMP, the TCEQ will allocate over $58 million for projects to replace or re-power aging diesel buses in order to reduce nitrogen oxides, according to a press release.

“The settlement is a result of litigation over emissions control defeat devices that were found to have been installed on vehicles manufactured by Volkswagen and its subsidiaries,” the press release states.

The contract, issued July 30, will allow EISD to replace 20 school buses within the district, according to Brian McGovern, media relations specialist at the TCEQ.

“The contract is currently in the process of being executed by both Eanes ISD and TCEQ,” McGovern said.
SHARE THIS STORY