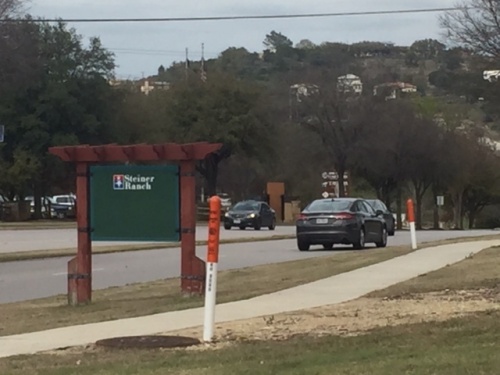 Travis County officials are planning for a late-April open house to inform stakeholders about a possible Steiner Ranch evacuation route.

Travis County representatives say they are closer to nailing down a date to update residents of the Steiner Ranch subdivision and other stakeholders regarding a long-planned evacuation route out of the neighborhood.

The open house will serve to inform stakeholders in the area, including residents of the Steiner Ranch subdivision and the adjacent Montview Acres neighborhood, but the event will be open to anyone wanting to attend, Hardin said.

In the meantime, Hardin and David Greear, assistant public works director for Travis County, along with Steven D. Widacki, P.E. for M&S Engineering, a company consulting with Travis County on the project, have been looking at data sets provided by an ongoing traffic study for Steiner Ranch.

The study should be finished before the late April open house, Hardin said, and will include numbers on emergency traffic volumes and other data sets that might help more clearly present information to stakeholders.

Officials have recently updated information on the Travis County website page devoted to the Steiner Ranch project. Greear said of the 12 routes originally in contention for the plan, Route F remains the top-rated choice among the remaining three still on the table.

As it stands now, Route F has been met with opposition from some Steiner Ranch residents, largely due to the fact that many say they do not want the route to be permanent. An online petition to kill Route F is still collecting signatures, and as of March 8, has tallied more than 870 names.

Arguments against the route and within the petition also state the proposed throughway is a safety issue for children, would disrupt wildlife habitats and trails by cutting through a greenbelt, would run alongside an area park and would negatively impact home values.

But despite the opposition from some Steiner Ranch residents, Hardin said there are many reasons Route F remains the highest rated option for the project.

“It’s the most flexible, most direct route, and it will absolutely move more traffic in an emergency that the other two routes,” Hardin said.

Greear said many variables account for which routes are still in the running, including the location of the Colorado River. The Balcones Canyonlands Preserve and a few other tracts of land surrounding Steiner Ranch have relegated the scope of the project to the northwestern quadrant of the subdivision, Greear said.

“We looked at so many different ways of getting out of Steiner, and one of the biggest problems we ran into is all of the federally protected lands around it,” Greear said.

Other factors for consideration of the ideal route include home location with regard to both noise and proximity to the future road. Project officials also said the 2011 wildfires in western Travis County helped inform other decisions about the best possible route.

“Everyone that was exiting out of Steiner at the time [the fires were happening] had to turn right,” Greear said. “No one could turn left, so we had a backup of traffic going into [RM] 620 and 2222.”

Of the remaining three options, G and F allow for motorists to make either left or right turns when evacuating the subdivision, which effectively splits the directional traffic and which would have made a huge difference in car density during the 2011 wildfires, Greear said.