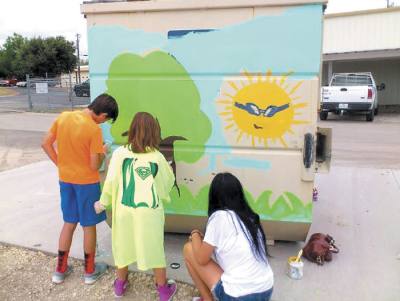 LAKE TRAVIS ISD Students reported that they were stressed and did not know how to handle stress, leading to a higher amount of suicidal ideation and self-harm coping strategies then average districts in the country, according to results of a survey the district administered last May.

While many districtwide survey trends were in line with national results, students identified Lake Travis High School as a party school at a higher-than-expected rate, Hassenfratz said.

“We’re excited about making sure staff sees this information because we think that it will affect them,” Hassenfratz said. “These individuals got into this profession because they love kids.”

She said the district is working on educating staff, club sponsors and community members who work with students about mental health and how to identify when a child is showing signs of stress or risky behavior.

“Basically we need to make sure parents and the community are aware that we need to do this together,” she said.

Out of 720 middle school survey respondents, 117 reported that they had contemplated committing suicide over the past 12 months, 59 reported they had made plans to kill themselves and 30 said they attempted suicide during that time frame. In terms of school pressure, 414 middle school respondents said the stress of school was “too much.”

“Apparently 30 kids in our school district have attempted to commit suicide [over the past 12 months]. That’s astounding. That’s out of this world,” Trustee Bob Dorsett said during the presentation.

Hassenfratz said part of the issue is students have not been taught coping strategies consistently enough for them to appropriately deal with stress.

“We have a lot of teaching to do,” she said.

“This information is not meant to be something that is overwhelming as much as it should be something that motivates us to take steps to support kids,” she said. “We have realized that this is a good snapshot, but getting more information would help us guide the next steps of our actions a little more effectively.”

District staff surveyed students in grades 7-12 the final week of January, and results will be discussed in the spring.