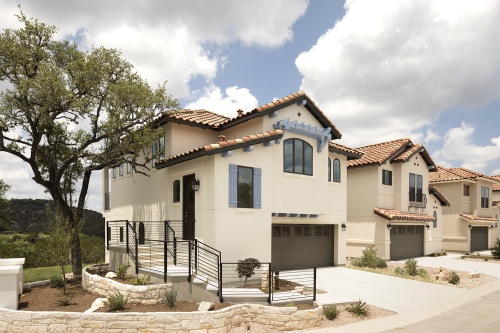 Ash Creek Homes opened a model home in April in the Honey Creek community in Lakeway.

Building company Ash Creek Homes will be opening a couple of model homes in the Serene Hills and Honey Creek subdivisions and is preparing to break ground on a new community called Vista Parke in 2020, according to information released by the company.

The model home in the Los Senderos section of Serene Hills will be located at 508 Sweet Grass Lane, Lakeway. The release states it will be open by the end of August, and a grand opening event for the model home will be held Sept. 8 from 2 to 5 p.m. Ash Creek Homes has 37 available lots in Los Senderos that include nine different floor plans, all of which are single story.

Ash Creek Homes is also planning to break ground on a new community called Vista Parke, located in the Four Points area, according to the release, which states the community will feature low-maintenance attached town homes set along a greenbelt. The release also states the company is not divulging any additional information about Vista Parke at this time.
SHARE THIS STORY