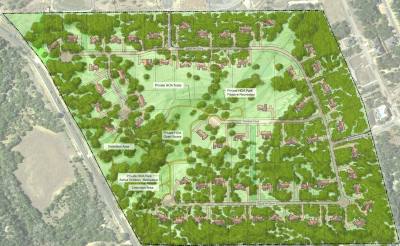 Each home within Signal Hill varies in price but averages around $1.5 million.

Signal Hill Estates, located at Cabrillo Way and Palermo Dr., is a development within Bee Cave that sits on 95 acres containing 61 lots, each of which are between 1 and 3 acres. Developer Evan Loomis bought the land in early 2018 and reported in October that roads within the development were nearly complete.

Each home within Signal Hill varies in price but averages around $1.5 million. The development will feature homes from Eppright Homes, Ames Design Build and Sendero Homes, and will also contain a 28-acre greenbelt, a community space and gardening plots.

Loomis said one aspect of modern domestic development he wanted to avoid is the seeming trend toward dense-population communities. But he said he also wanted to focus on creating a tight-knit neighborhood.

“The question that we’re asking and answering with this development is: ‘How do we create neighborliness and community with these homes that are on big lots?’” Loomis said, adding that the answer lies in all of the amenities that will be featured in the development. “It’s the kind of development that forces you to get to know your neighbors.”

Loomis said that as soon as the roads and other infrastructure are complete, foundations for the homes will be laid.
SHARE THIS STORY

Lakeway residents can expect delays on several Lakeway roads the week of Thanksgiving.