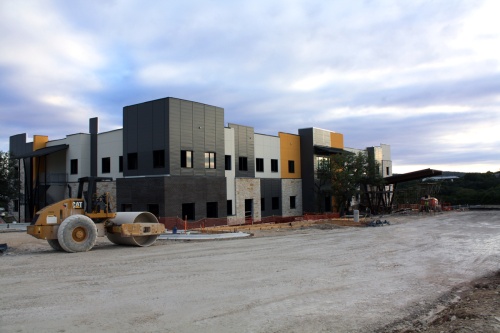 The 42,000 square foot Medical Towers at Bee Cave II building project is located at the northwest corner of RM 620 and State Highway 71.

Austin's largest group of gastroenterologists as well as a family practice and urgent care center both signed on as tenants of a new medical office building currently under construction in Bee Cave.

Medical Towers at Bee Cave II, a 42,000-square-foot building, secured Austin Gastroenterology and Lewis Family Medicine and Urgent Care as tenants in October in the second phase of the project, a release from Perardi Development said.

Austin Gastroenterology is the building's lead tenant so far, signing a lease for the majority of the first floor, the release said. It is the largest physician group in Central Texas that specializes in the diagnosis, treatment, and prevention of gastrointestinal diseases and liver conditions.

Construction on the second phase began in January, and space is expected to be delivered to tenants to finish out improvements this month.