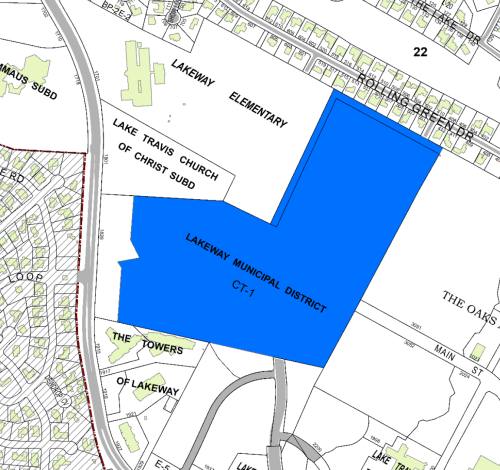 Lakeway City Council was updated on the latest information regarding the roughly 45-acre development on Lohmans Crossing Road during the Oct. 21 meeting.

The Square on Lohmans, a more recent moniker for a roughly 45-acre proposed development in the middle of Lakeway, remains in limbo for at least a little longer.

Following discussion on a requested amendment regarding the development on the city’s future land use map, or FLUM, City Council agreed during its Oct. 21 meeting to put a decision back to the Lakeway Zoning and Planning Commission following a postponed decision from the commission Oct. 2.

Lakeway Building and Services Director Charlotte Hodges updated council on the commission's decision, and Mayor Sandy Cox said she asked for City Council to continue the conversation at the Oct. 21 meeting.

"I don't think it's appropriate in my opinion for us to be holding up business in the city of Lakeway, and I'd like for us to send this back to [the commission] and have them make a decision," Cox said.

In an Oct. 2 4-2 vote, the commission postponed a decision on zoning a large swath of land in the middle of the city—currently a municipal utility district—until City Council approves the FLUM portion of its comprehensive plan.

There is still not a specific time frame for when that will happen, and Cox said it is not appropriate to hold advancement of that development for an unknown amount of time that could end up being several months.

Two Lakeway residents spoke during public comment on the agenda item, essentially urging council to wait for the city to acquire more information from its ongoing traffic study and comprehensive city plan.

"We're just saying we want [the commission] to make a recommendation based on the future land use map," Council Member Louis Mastrangelo said prior to council's unanimous vote to put the decision back to the commission.

Both the Oct. 2 and Oct. 21 amendment requests came from Carlson, Brigance and Doering, the development assistance firm representing the owner of approximately 45 acres located at 1931 Lohmans Crossing Road, where the development would go.

Though some on the commission saw no reason to delay the vote, the majority, including member Carolyn Nichols, said it was too soon to make that determination.

At issue for Nichols and others on the commission was the fact that Lakeway is still in the middle of a citywide transportation study and the development of its comprehensive plan. Those two studies could serve to give the commission much more information in pursuit of an informed decision, Nichols said.

Council did not specify when the commission would address the matter again.