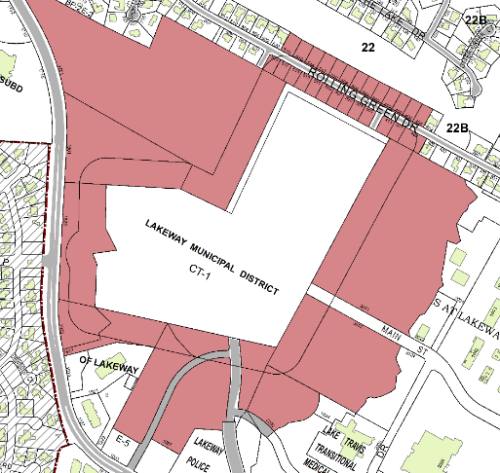 In a 4-2 vote, the Lakeway Zoning and Planning Commission chose Oct. 2 to postpone a decision on zoning a large swath of land in the middle of the city.

The Square on Lohmans development that has been a long time coming in the center of Lakeway will have to wait a little longer.

In a 4-2 vote, the Lakeway Zoning and Planning Commission chose Oct. 2 to postpone a decision on zoning a large swath of land in the middle of the city—currently a municipal utility district—until City Council approves the "future land use" portion of their comprehensive plan. There is still not a specific time frame for when that will happen.

Though some on the commission saw no reason to delay the vote, which would kick the decision up to City Council and thereby push the Square on Lohmans a little closer to fruition, the majority, including member Carolyn Nichols, said it is too soon to make that determination.

At issue for Nichols and others on the commission was the fact that Lakeway is still in the middle of a citywide transportation study and the development of its comprehensive plan. Those two studies could serve to give ZAPCO much more information in pursuit of a informed decision, Nichols said.

Sanjeev Kumar, City Council liaison to the commission, agreed in large part, stating there are many moving pieces in the process.

A representative of Carlson, Brigance and Doering said their application toward the amendment was complete, and a traffic study would not affect a rezoning decision, but the commission held steady with its postponement.

Lakeway officials have been working with Bill Hayes of the development company Legend Communities since late 2018 to shore up ideas and specifications for a second try at the development project.

The "Square on Lohmans" moniker represents a shift from the "City Center," which was the name for a different, previous project in the same area on Lohmans Crossing Road. That project was ultimately scrapped for lack of public support in mid-2018.

For the new project, Legend Communities and the city of Lakeway have held several public meetings and, most recently, town hall events at the Lakeway Activity Center to gather resident input.

Hayes said he is disappointed in the decision. The first step, which involved revision of the city's future land use map, was to lead to the second step of rezoning, he said, and both were postponed due to the Oct. 2 vote.

"We just need to have some discussions with the city and figure out what they're thinking," Hayes said.