For time being, Rollingwood officials decline contract in pursuit of possible 2020 bond strategy 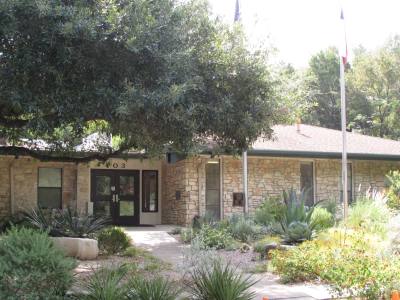 Rollingwood officials decided not to contract with a bond development services specialist to help solidify a strategy for the acquisition of new city facilities.

Rollingwood officials have declined to contract with a bond development services specialist to help solidify a strategy for the upgrade and improvement of several of the city's needs.

During its Sept. 30 special meeting, City Council decided not to pursue a $35,000 contract with specialist Katy Zamesnik.

During discussion of the agenda item, Mayor Michael Dyson said one of the challenges the city faces is aging infrastructure, and it is constantly facing budget constraints toward major upgrades.

But, Dyson added, that does not necessarily mean the city is under any urgency to pursue a strategy at this time.

"I want to underscore we have not under any circumstances said that we are going to go this route," Dyson said. "We are literally exploring this route."

Council Member Gavin Massingill said he is not opposed to the concept of developing a bond strategy, but it is not time yet, and he wants to see what is contained in a report they council gets back from K. Friese, a firm the city has contracted with to complete an infrastructure needs assessment.

"I don't know if it's helpful to start a process where we're talking about a lot of different projects ... when we don't have a number [cost] yet," Pattillo said.

According to her pitch to the city, Zamesnik has nearly 10 years of experience working for the city of Austin Financial Services Department. Of note, Zamesnik said she helped lead the effort to procure Austin's $925 million multiproposition 2018 bond.

Among her goals for Rollingwood, Zamesnik said she wants to develop a bond package that solicits community input toward the acquisition of adequate, safe facilities for the city.

Beyond its vast infrastructure needs, the city is also looking at a hefty municipal building cost and has not yet decided on a plan toward that end.

Dyson said K. Freise will provide a report to council on some of its findings Oct. 16.
SHARE THIS STORY