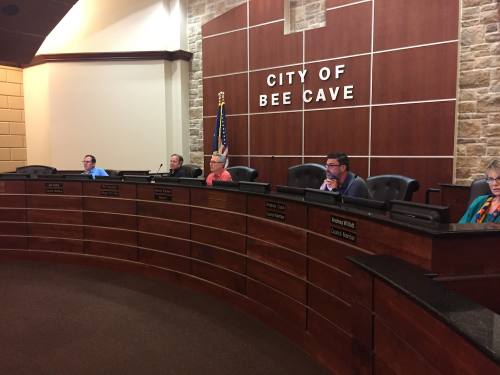 During its Sept. 24 meeting, Bee Cave City Council voted to prohibit parking, stopping or standing along Ashley Worth Blvd.

Following the approval in May of the development plat of what will become the Baldwin Sports Park, Bee Cave City Council voted to prohibit parking, stopping or standing on Ashley Worth Boulevard as it runs along the future sports park.

The same prohibitions were included for a portion of Hamilton Pool Road within the ordinance, and city information stated that road also qualified due to its narrow width.

The vote came during council’s Sept. 24 meeting and established fines of up to $500 for violations of the new ordinance.

Council approved the development plat for the property owned by Eanes ISD during its May 14 meeting, and city documents state 12 Fields Foundation and Western Hills Little League are funding the development of the baseball complex.

Because the property would be accessed from Ashley Worth, traffic improvements associated with the proposed complex had to be considered with the development’s site plan. Before approving the development plat May 14, City Council members, acting not as council but as the city’s zoning board of adjustments, discussed several requested variances for the property that will affect future site plan discussions.

During the zoning board meeting, members of the public raised concerns centered on light pollution and parking, specifically spillover into bordering neighborhoods Lake Pointe and Lake’s Edge. Several residents of both neighborhoods addressed the zoning board and said parking and congestion were already problematic due to construction, among other reasons.