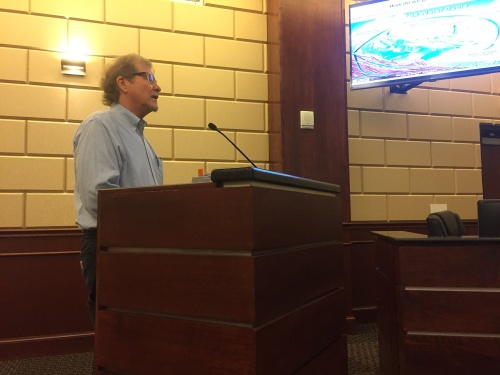 As the population of southwestern Travis County continues to grow, a groundwater conservation district in the area is necessary to help maintain a balance within usage of the resource.

This is according to Rick Scadden, board president of the Southwestern Travis County Groundwater Conservation District.

Bee Cave City Council passed an ordinance in support of the district during its Sept. 24 meeting.

In order for the district, which would draw its water from the Trinity Aquifer, to become fully functioning, it must receive the majority vote of citizens within an area that includes the cities of Bee Cave, Lakeway and West Lake Hills, as well as a large swath of unincorporated land within Travis County.

Council’s passage of the resolution Sept. 24 not only supported the formation of the district, but urged Bee Cave residents to vote in favor of it in the Nov. 5 general election.

Scadden’s presentation to council essentially served as a warning. As a priority groundwater management area, or PGMA, information provided in the presentation states the land comprising the district is expected to experience groundwater shortages and contamination in the next 20-50 years. Groundwater conservation districts work to make sure groundwater is available for future generations, according to information from the district.

"Groundwater is a big resource, but here in the Trinity Aquifer ... demand is exceeding supply," Scadden said.

Many governmental agencies study the Trinity Aquifer, but only the district would be given the tools to protect it through an act passed by the 2017 Texas Legislature, Scadden said, adding the district would create a groundwater-management plan and monitoring program to protect the long-term productivity of the aquifer.

The new district would be governed by a seven-member board, with one representative each from Bee Cave, Lakeway and West Lake Hills, and four from the unincorporated areas within southwestern Travis County.

Scadden stressed in his presentation the district would be forbidden from collecting any property taxes, and revenue would primarily be drawn through user fees from high-volume, non-exempt wells within the district.

Cobb spoke vehemently against the district throughout Scadden's presentation, stating that such districts inevitably lead to taxes, and that governmental policy must be based on logic, not emotion.

"This is something that is near and dear to me. ... But you come in here and you make emotional arguments ... how is something like this going to prevent someone's well from going dry?" Cobb asked. "This is about regulating growth. It's about stopping growth. It's a philosophical difference. I believe this is not the government's job."