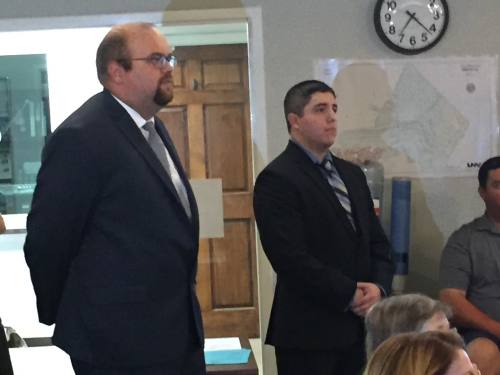 Vincent Munoz and Robert Wissen are the city of Rollingwood's new police officers and were sworn in Sept. 18.

"I have the distinct honor of getting to swear in some fantastic folks," Mayor Michael Dyson said prior to swearing in the trio.

Brady’s official start date is Oct. 1, and he comes to the city on the heels of interim Chief Kristal Pompa, who ran the Rollingwood Police Department for a year after former Chief Max Westbrook resigned in September 2018.