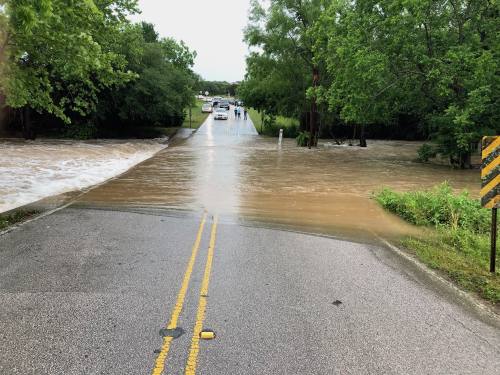 Bee Cave City Council held a public hearing regarding the annexation of 0.46 acres of land constituting a controversial low-water crossing currently owned by Travis County in what is the latest move in an ongoing interlocal agreement between the two entities.

Council voted to approve the ordinance annexing the low-water crossing during the Sept. 10 public hearing. It was the next step in the agreement that began during a May 14 Bee Cave City Council meeting and confirmed by Travis County June 18.

Once confirmed, the interlocal agreement set in motion unofficial timeframes for each party to commence annexation proceedings, public hearings and various other actions regarding a land trade-off that officials have said will benefit both entities.

During the May 14 meeting, council essentially agreed to annex the low-water crossing on Great Divide Drive along with any responsibilities to improvements and ongoing maintenance.

In exchange, the city said it would de-annex areas within the construction limits of a future Vail Divide Drive extension that is between Hwy. 71 and Hamilton Pool Road, which it did during a special council meeting Aug. 15.

The agenda item included the annexation of a 0.044-acre sliver of private land along the western edge of the low-water crossing that is part of a 5.278-acre parcel already within Bee Cave city limits.

City documents state the owner of that land petitioned the city for the remaining sliver to be included in the annexation from Travis County.

The Little Barton Creek low-water crossing had been selected to receive funding from a 2017 $185 million county bond package, but many residents of adjacent neighborhood the Homestead pleaded with Bee Cave officials to annex the county-owned crossing after disagreeing with the large-scale bridge county officials proposed for the site.

Information from Bee Cave states the property will be zoned pursuant to city code and state law requirements.