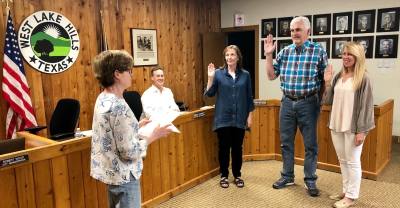 Rhonda McCollough will remain in Place 1, Beth South in Place 3 and Jim O’Connor in Place 5.

O’Connor has been serving as mayor pro tem, and the council unanimously re-elected him to the role May 22.
SHARE THIS STORY