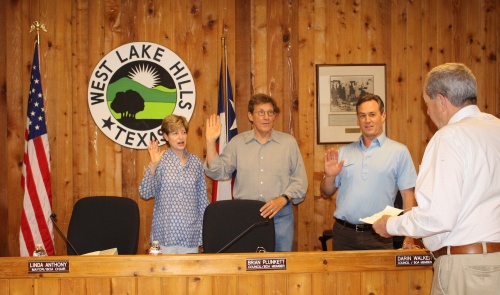 Draft of 12 years worth of road maintenance projects reviewed

A draft list of potential road maintenance projects was presented to council members at Wednesday’s meeting.

City roads were rated using methodology that ranked a variety of factors, from measuring bumps and depressions to classifying the severity of cracks, said Charlotte Gilpin, Vice President of K Friese & Assosiates, an engineering firm the city contracts with.

“What we did was perform a city wide pavement evaluation,” Gilpin told council members. “We wanted to develop guidelines to consistently assess pavement conditions in the future, recommend pavement solutions and use the results to develop maintenance project priority and capital improvement project lists.”

A timeline to measure how soon each road should receive maintenance was also created. The resulting draft was prioritized by need and with annual budget allotments taken into consideration. See the draft here: Gilpin said it was important to remember that the draft list was only for repairing pavement that exists today, as opposed to improvement projects that would change or add to the roads.

Anthony said some items, such as number 11, Wild Cat Hollow (Harbor View Drive to the end), might be pulled off the maintenance list to be added to a potential capital improvement projects list instead.

She added that several projects might also conflict with waterline work Water District 10 is doing in the area and that the city will communicate with District 10 before moving forward with any maintenance on those roads.

Anthony said they’ll begin using the list within the next couple of months as they continue to work on a capital improvements project plan for a potential bond and discuss the city budget for maintenance and other projects.