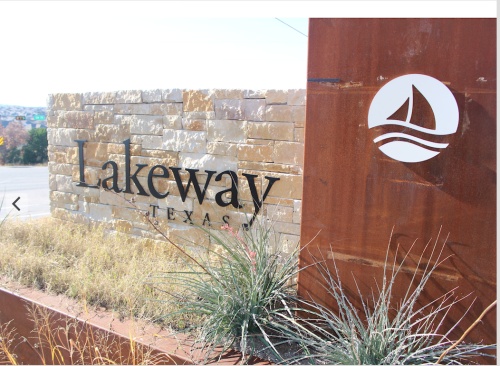 Keep up with the top stories in the Lake Travis-Westlake area with the weekly review.

City Council on March 19 listened to citizen comment regarding the proposed City Center project. Mayor Joe Bain earlier wrote on his blog that his intention was to pass along any new information to the city's zoning and planning commission, which meets again April 4.

Homeowner Tony Severance was one of numerous citizens who spoke and told the meeting the 118 single-family homes planned for the project are spaced too closely together.

"Those aren't Lakeway houses in my opinion. The last thing we need is more development, a 220-room hotel and more houses in a tight area feeding onto [RM] 620 and Lohmans [Crossing Road]. What I would like to see is a lower-density solution. If the developer can't make that work for a profit, get somebody else."

Resident Richard Salinas questioned the need for a planned unit development, which allows a developer to amend portions of the development over time with council approval.

"Why not subdivide [the 63 acres] and use existing zoning? Let's stick to what citizens have already agreed to. [The PUD is] a way to get around our already restrictive zoning that makes Lakeway [what it is]," Salinas told the meeting.

City Council agreed March 19 to enter into an interlocal agreement with the Central Texas Water Coalition. The nonprofit group advocates for responsible water-management policies to help preserve the health of the Highland Lakes, which include Lakes Buchanan and Travis. The water system is the main water source for more than 2 million Central Texans and provides an important economic engine for the state's tourism industry, according to CTWC documents.

The interlocal agreement involves a $5,000 investment from the city of Lakeway. In return the CTWC will work "to advance and promote the city's economic and public safety interest in matters directly relating to the sale and use of water from Lakes Buchanan and Travis," a resolution showed.

The CTWC collaborates with the Lower Colorado River Authority, Texas Water Development Board and the Texas Commission on Environmental Quality, according to a coalition background document. The group was instrumental in securing protective emergency court orders that prevented additional releases of stored water downstream from 2012-15.

The enterprise's concept is to market the purchase of 78 garage suites to high-end car collectors and enthusiasts. Each suite would range in price from $175,000-$375,000 plus finish-out costs in which buyers could incorporate lofts, auto lifts and high-end finishes, according to city records.

The units would be accessible 24 hours a day, but overnight stays and parking would not be permitted. The concept has already launched in other Texas cities including Plano and Frisco. City staff were told when the project is complete, it would be have $18 million in taxable value.

Mayor Joe Bain joked the establishment's units could be dubbed "man caves," prompting a retort from Council Member Jean Hennagin the suites could also be called "she shacks."

City Council on March 19 approved the creation of a steering committee to help update the city's comprehensive plan. The document is designed to guide decisions for Lakeway's common future relating to issues such as future land use and transportation systems and was last updated in 2003.

In 2002 City Council adopted the following vision statement: "The City of Lakeway will continue to be a unique, prestigious, growth-managed community that will meet the needs of its citizens through the efforts of its local government and civic-minded volunteers, who will ensure a continued high quality of life by providing safe, secure neighborhoods, and cost effective, efficient government services."

The new steering committee, to be made up of two council members, two zoning and planning commission members, and five other city residents, will first submit to council their recommendation for a consultant to assist them in their work. The group would then assist the consultant and city staff in collecting data and recommending a final short-term and long-term plans for council to adopt, city records showed.

The council resolution also indicated the comprehensive planning process, expected to take 12 months, would be communicated through public outreach events. Council will appoint commission members through a future resolution of council.

Internally, city staff discovered a 1996 ordinance creating a full-time comprehensive plan committee. On March 19 council approved a staff recommendation repealing the rule to instead allow for the creation of such committees by resolution for specific time periods thus ending the need to continually amend city code.

Council also discussed in executive session purchasing 34 acres of land from Stratus Properties located north and west of the Oaks at Lakeway shopping center. The city sent its appraisal to the property holder earlier this year. Stratus is deciding whether to negotiate or build on it as is its right to do as part of the Oaks at Lakeway planned unit development, Bain told the meeting before going into executive session. No action was taken.

Resident George Blume told the meeting it was unfortunate there is no parks and recreation commission in Lakeway to establish what a real park needs.

"Let's not jump at something [acquiring the Stratus land] because a developer wants to develop it," Blume said pointing out years ago Lakeway's City Park was acquired for $375,000 in grant money.