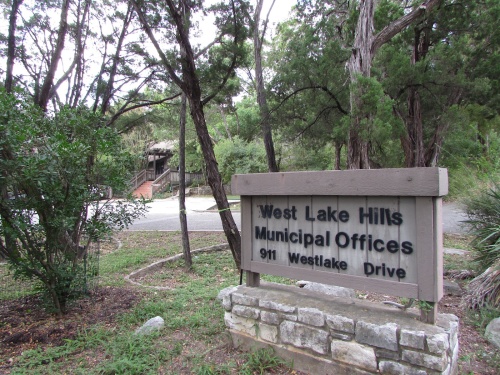 A draft regarding a request for proposals for the potential sale of land at 110 Westlake Drive was discussed at Wednesdayu2019s City Council meeting.

What we reported: West Lake Hills City Council verbally decided at a Sept. 13 meeting, it would be more effective to pursue improvements to the city's municipal building at the same time as working out a plan to improve the city police facility. Combining the projects would allow the city to make the most of the current space and develop a site that could be used for the next 30 to 40 years, Mayor Linda Anthony said at the meeting.

City staff estimated a new police facility would cost close to $1.2 million while administrative building renovations could be close to $500,000, she said. If both spaces were renovated, the city would also need to rent out a temporary space while construction was ongoing, she said.

Rollingwood City Council also met Sept. 13 where members discussed the discovery of mold in its municipal building. That forced the police department to relocate into a trailer.

While Rollingwood City Council had planned to budget about $300,000 for minor building improvements in 2018, Council instead decided to explore a long-term solution. That could include constructing a new building, City Administrator Amber Lewis said. A new building would be larger and could allow the city to bring services such as utility billing in house, she said.

The latest: West Lake City Council at its Dec. 13 meeting took a step toward pursuing a bond that voters would decide on in November 2018 aimed targeting improvements to the city's municipal building. Council approved the posting of two requests for qualifications for financial adviser services and architectural services related to the possible bond.

Vonda Ragsdale, West Lake Hills financial officer, said that when selected, a financial advisor will walk the city through the process of exploring the financing of the renovation project via the bond election. The architect will create a design for a new joint municipal and police facility on the current city hall site located at 911 Westlake Drive.

What's next: The West Lake Hills request for qualifications will remain open until Jan. 26. West Lake Hills City Council will look to submissions in February and could select services later than month, according to City Manager Robert Wood. The city has until Aug. 21 whether to call a bond election in November 2018. Rollingwood will wait for the completion of the study before determining further action.