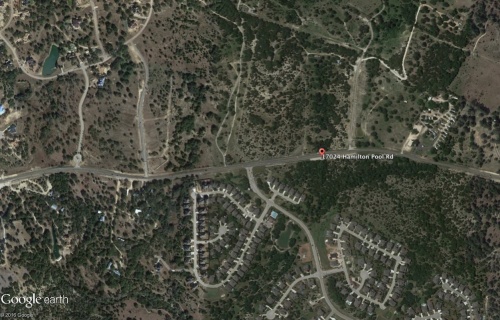 A proposed development of nearly 700 homes in western Travis County has nearby residents worried about their water supply as well as environmental hazards and traffic concerns.

A preliminary plan for the development, known as Provence, was tabled Tuesday by Travis County commissioners after convening in closed session to consider the item. The item will be placed on the Commissioners Court agenda for next week's meeting on March 7, according to a Travis County spokesperson.

Earlier in the day, the court heard testimony from four residents along the Hamilton Pool Road corridor where the 460-acre development is proposed. The residents were among an "unexpected" crowd of about a dozen who attended the meeting, County Judge Sarah Eckhardt said.

Residents said they have had discussions with developers Masonwood HP, John and Sandra Hatchett as well as JPH Capital.

According to Travis County documents, the tract at 17024 Hamilton Pool Road complies with a master development plan submitted by Masonwood HP and approved by the Commissioners Court in May 2014.

Documentation for Tuesday's Commissioners Court meeting states the owners of the development reached a settlement agreement with neighbors who originally opposed the density, increase in traffic and claimed water scarcity.

One resident who gave testimony said although residents engaged with developers in public meetings, he and others remain opposed to Provence.

"We are absolutely still opposed to a development of this size and density on Hamilton Pool Road both in terms of the environment and in terms of water supply," he said. "Our main concerns we have all remain as they originally were."

Commissioners Court approval would kick off Phase 1 of the project.

In Texas, counties are limited in the extent to which they can regulate land use. Eckhardt told the residents gathered in the courtroom that the Commissioners Court does not have much influence over the way the property and others in unincorporated areas are developed.

"[The Provence development] is secluded beauty in a portion of the county that is hands-down the most expensive area to serve with regard to water services," Eckhardt said. "But I echo Commissioner [Brigid] Shea’s comments: Without land-use authority with the county, we find it very difficult to have the appropriate leverage to get the kind of land use that’s sustainable in this portion of the county."