Clavier Werke is dedicated to a complete music education 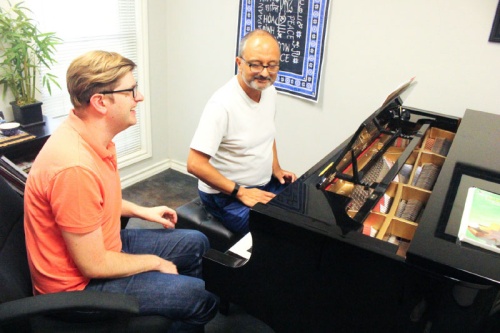 Susan Allen opened her music school in its West Lake Hills location in 1999, but she has been teaching music since 1963.

“People would just come to me and say, ‘Can you teach my kid piano?’” Allen said. “And I think I had no idea what I was doing originally. So, it’s just been an evolution for me that I have considered a privilege.”

Clavier Werke means “keyboard works” in German, but the school Allen founded, which she said to date has just under 500 students and 29 teachers, also has classes for guitar, cello, violin, viola, voice and composition.

Teachers at Clavier Werke must have at least a bachelor’s degree in music, but most have post-graduate degrees from distinguished schools.

“We have a violin teacher from Juilliard, and we have teachers from Berkeley,” she said. “I can’t quite say how it happened, but that level [of teacher] just comes to me and wants to work here. I feel very fortunate about that.”

Allen said she cannot lay claim to any famous clients, but did reveal University of Texas quarterback Sam Ehlinger was a student at Clavier Werke when he was a kid.

“Of course, when he was here he was Sam Ehlinger the little kid,” she said. “We didn’t know who he was.”

But Allen said fame is not her primary focus.

“It’s a joy for me to get a young student—basically a 6-year-old or maybe a 5-year-old, and basically what I’m doing is helping to shape their lives through the discipline of an art,” she said. “It’s about intention, and it’s about commitment.”