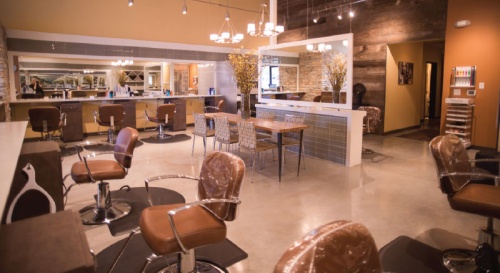 Brian Charles Hair Studio now has a total of 19 stylist chairs, eight shampoo bowls and three bathrooms, as well as a color mixing room for colorists and a social media wall.

Brian Charles Hair Studio expanded in October to take over the space next door.

The salon is adding four new shampoo bowls (totaling eight), another bathroom (totaling three) and revamping a storage room into a color mixing room for their colorists. There will also be a new “social media wall” in the new lobby area designed to feature several spotlights for before and after photos of clients.

Located in Steiner Ranch at 5145 N RM 620, Ste. G-140, Austin, the salon is the brainchild of industry vets and life partners Jon Gray and Ric Salvadalena, who created the Brian Charles name by using their middle names.