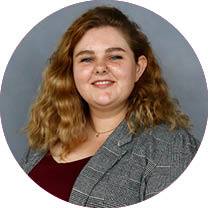 The cost of a month’s supply of insulin for insured Texans will no longer exceed $25, according to a bill that is on its way to becoming state law. (Courtesy Peakpx)

The cost of a month’s supply of insulin for insured Texans will no longer exceed $25, according to a bill that is on its way to becoming state law.


Texas Senate Bill 827 passed in the House on May 24 and in the Senate on March 25 and is now heading to Gov. Greg Abbott's desk.

“We’re making progress toward our eventual goal: free insulin,” Talarico said in a news release. “Because insulin is not a product; it’s a human right.”

Insulin costs have increased by 1,000% over the past 25 years, according to Talarico.

This legislation means most people who have a fully insured health care plan from their employer, or one that they have purchased from an insurance provider on their own, will be covered by this cap. Those who have self-funded plans, according to the Texas Department of Insurance, may not be protected by this new law because they are subject to much less state regulation.

According to the Centers for Disease Control and Prevention, an estimated 2.3 million people in Texas had diabetes in 2017, making up 11.4% of adults in the state. In 2012, diagnosed diabetes was estimated to cost Texans $18.9 billion in direct medical expenses for doctors visits, insulin, test strips and other necessary items.

This bill is identical to Talarico's own bill, HB 40, which did not advance in the Legislature after it was sent to committee in April. However, Talarico is one of 17 primary sponsors for SB 827.