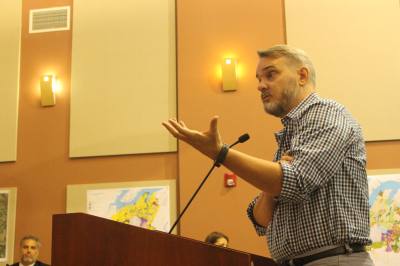 Lakeway City Council received two requests for hotel occupancy tax funds, one from TexARTS and the other from Kat Albert, director of the Lake Travis Film Festival.

Council approved both requests. The request from TexARTS passed 5-1, with newly sworn in Council Member Gretchen Vance acting as the sole no vote, and council approved funds for the Lake Travis Film Festival unanimously.

Council Member Louis Mastrangelo said although there are several million dollars in Lakeway's hotel tax coffers, and there is not currently much competition for those funds, he wondered if the city should expect more of a return that it is getting.

The fund continues to grow, so it is not currently a big deal to allocate funding for the few people requesting money, Mastrangelo said, but added perhaps the city should look into what returns it expects from entities to which it allocates money.

A letter from Mallon to the city states during its 2018-19 season, TexARTS hired more than 230 local, regional and national artists and saw attendance top out at more than 4,700 people to represent an 8% growth over the previous season.

Another hotel tax fund request came from Albert, who sought $40,000 for the Lake Travis Film Festival that would go toward advertising, arts promotion and registration of convention delegates.

"This is going [to happen] with or without you guys," Albert said to council, adding the quality of the festival could be augmented with the help of the requested funding.

The festival has no historical information to report, but city information estimates registrants and attendees at 2,000 people over the course of the four-day event, which is planned to take place Feb. 27-March 1, 2020, and will be held in venues in Lakeway and Bee Cave.
SHARE THIS STORY