As a finalized comprehensive plan for the city of Lakeway nears, officials have taken into consideration how the zoning of proposed developments will impact the plan.

Two examples of prospective housing developments within Lakeway’s borders that have been affected by the developing comprehensive plan are The Square on Lohmans, a 60-acre plot on Lohmans Crossing Drive, and Tacara at Lakeway, which has been proposed for a roughly 22-acre swath along Flint Rock Road.

Both developments sought rezoning requests during City Council’s Nov. 18 meeting, but council only passed one—The Square on Lohmans. The request for Tacara at Lakeway was shot down by council, in part because officials did not believe the multifamily housing development fit within certain parameters of the plan.

Council Member Louis Mastrangelo said he did not have a problem with the quality of the apartments proposed, but he did not see how the development fit with Lakeway’s ongoing comprehensive plan, especially given the multifamily density requested for the complex.

“To me, the comprehensive plan says you can have higher density as a buffer between residential and commercial,” Mastrangelo said, explaining that based on feedback the city has already received from experts and residents shaping the plan that could see a first draft to council within a month or two, the city is best served zoning for higher-density projects closer to busier commercial corridors, such as RM 620, and then tapering off into lower-density zoning.

When representatives for Tacara at Lakeway requested the rezoning Nov. 18 from single-family and commercial to multifamily for Tacara, specs provided by Paul Linehan of Land Strategies Inc. showed the development would carry 252 housing units. Several Lakeway residents spoke out against the development during public comment of that meeting, but it was a unanimous "no" vote from council that solidified a unified front regarding the zoning strategy

In contrast, the 60-acre Square on Lohmans development located at 1931 Lohmans Crossing Drive saw its rezoning request approved Nov. 18 because the new concept plan is a drastic reduction in density from its earlier iterations at the end of 2018 and the beginning of this year, when the total number of residences reached 250.

It is an even more stark departure from the very first proposals for the development, which, according to Mayor Sandy Cox, would have brought 1,000 residences to the land. The proposal brought to council during the Nov. 18 meeting caps the number of residences at 130, with 23 designated R1 and 107 designated R3.

Lakeway officials have been working with Bill Hayes of the development company Legend Communities since late 2018 to shore up ideas and specifications for the development project. Hayes presented a plan that was more conducive to the direction city leaders are heading, and one example of that showed when he compared the future residences to an adjacent existing development.

"We're trying to be consistent with the Rolling Green neighborhood to the north to make sure we have like product," Hayes said.

Though the rezoning request was ultimately approved, council debated whether the new plan for The Square on Lohmans was too dense. At one point it appeared council might not approve the request.

"R1 sounds great to me, but R3 sounds like it's adding more density to an area that is already going to be quite dense," Mastrangelo said.
SHARE THIS STORY

The shop, run by Jason Bolsinger, will sell a variety of French macarons, chocolates, pastries and more.

Eanes ISD calls May 2 election; three community members file for a place on the ballot

Places one, two and three are up for election on the Eanes ISD board of trustees 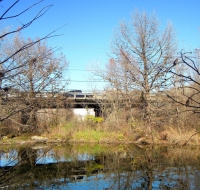 Population growth, flooding and rising numbers of motorists—all are reasons for the city of Austin's continued pursuit of a replacement project for the Redbud Trail bridge over Lady Bird Lake. 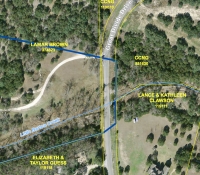 Travis County commissioners canceled a bond project at Great Divide Drive following its annexation by the city of Bee Cave.

The Lake Travis Chamber of Commerce will host a ribbon-cutting ceremony Feb. 6 to celebrate the practice’s second location.

The lounge hosts a variety of classes and events, including live music and wine tastings.