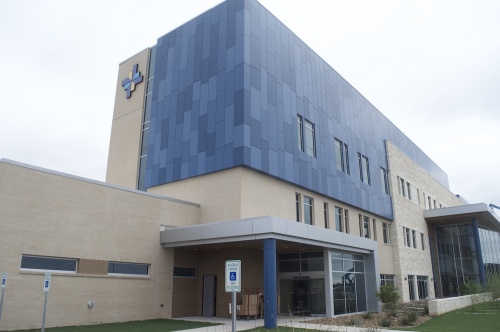 The move is Baylor Scott & White’s first step in providing integrated clinical and hospital care to the city of Pflugerville and its surrounding residents.

“This is a large, growing community and really deserves to have comprehensive care within the community. That means both clinic and it means hospital [care,]” said Colleen Sundquist, vice president of clinic operations for Baylor Scott & White’s Austin and Round Rock Region.

Baylor Scott & White was able to identify the Pflugerville community’s needs due to its history in the city, according to Sundquist.

The health care system already has a primary care clinic open at 1701 E. Pflugerville Parkway, Pflugerville, and clinic officials were able to use clinical history to identify health care gaps within the community.

“The health care gap is with the number of specialists,” Sundquist said.

“As the specialties grow and we'll again reassess the needs of the community based on what we have... and adjust and grow from there,” Rogan said. The assistant director continued that other Baylor Scott & White clinical locations have added specialties in “a couple of months”.

Dr. Suruchii Kathpalia, MD of internal medicine, is one of the first two physicians that will open the new Baylor Scott & White Clinic - Pflugerville Medical Center. Over the course of the past year, Kathpalia said she has held discussions with Pflugerville residents to identify specific health care concerns.

“It’s not that much of a drive difference between Austin and [Pflugerville,] but what I have identified is that patients want to belong,” Kathpalia said.

The new Baylor Scott & White Clinic - Pflugerville Medical Center is a one-story building comprised of 37 exam rooms, each of which is installed with a new piece of technology—the interactive medical records system.

Rogan said the system was designed to allow doctors and patients to interact with medical records in a real-time, graphics driven setting.

Kathpalia said this helps create transparency and allows the staff to communicate difficult medical information in a more digestible way through graphics and charts.

“From a patients perspective it's open, its transparent. I'm not looking at something they don't have access to. It also helps them get a visual representation,” Kathpalia said.

While other Baylor Scott & White clinics are outfitted with the interactive medical records, Sundquist said the Pflugerville clinic is the first medical center to have the the system is installed in every room at its opening.

Baylor Scott and White has not yet released an opening date for the adjacent medical center, though it is expected to open its doors later this fall.

Once open, officials say the two entities will collaborate with integrated health systems designed to save patients time and money. This can be achieved, per Kathpalia, through sharing data and facilitating frequent communication between patient and practitioner.

“Bringing all of those patients together allows us to care in a more effective way, both in time and money. We're not repeating tests, we're saving patients visits,” Sundquist said.