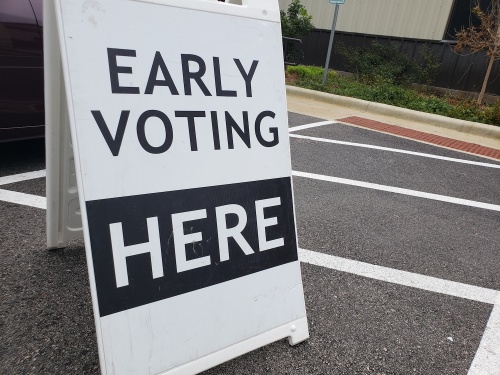 During the recent 86th Texas Legislature, lawmakers voted to end mobile voting locations, which previously accounted for five to 18 additional location sites in Williamson County, depending on the election. Of those, one was turned into a permanent early voting location in Liberty Hill, which the court voted to move from Hutto due to frequency of use during early voting.

The exact location of the Liberty Hill voting location has yet to be determined, Williamson County Elections Administrator Chris Davis said.

Some mobile early voting locations removed include one that was stationed at Southwestern University and another in Jarrell.

“Consistency should be a goal. It is something legislatures tried to aim for and in my opinion failed,” Davis said.

Making the former mobile voting locations permanent locations would cost the county—in collaboration with the cities they are located in—$10,000, Davis said.

County Judge Bill Gravell said he is disappointed in the way state legislators handled the situation.

“I’m disappointed for those who have worked so hard to do the right thing and for this to be limited by folks in Austin,” Gravell said.

The early voting locations are as follows, with the exception of the Liberty Hill location, which has yet to be determined: