The Williamson County Regional Animal Shelter received a $900,000 grant from the Petco Foundation on Feb. 13.

The Williamson County Regional Animal Shelter received a $900,000 grant on Feb. 13 from the Petco Foundation to fund shelter needs.

The shelter, located at 1855 SE Inner Loop, Georgetown, takes in more than 8,000 animals each year and has been designated a "no-kill" shelter for eight years.

WCRAS Animal Services Director Cheryl Schneider said during a Williamson County Commissioners Court meeting Feb. 26 that she was surprised by the grant amount, having initially applied for a $99,000 grant. She said the Petco Foundation said it decided to give the shelter a larger donation after looking into the work it does.

“We have consistently saved a lot of animals’ lives with very little,” Schneider said.

WCRAS will open its new expansion on March 14. The $10.5 million project will create a separate adoption center and add 64 canine kennels and 93 feline kennels to the shelter.

Precinct 3 Commissioner Valerie Covey, who also sits on the shelter’s board, said the grant proves the great work being done at the shelter. 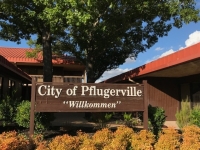