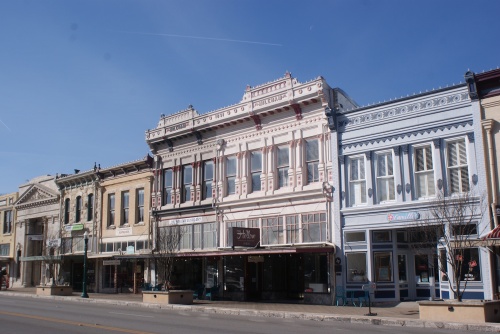 APA’s Great Places in America program recognizes the streets, neighborhoods and public spaces in the
United States demonstrating exceptional character, quality and planning—attributes that enrich
communities, facilitate economic growth and inspire others around the country. The Great
Neighborhoods, Great Streets and Great Public Spaces of 2018 are places that are unique and
exemplary in their amenities and infrastructure, cultural identity, and use of sustainable and innovative
practices, according to a news release.

“The neighborhoods recognized this year demonstrate the importance of planning in creating vibrant,
equitable, healthy neighborhoods,” APA president Cynthia Bowen said. “Through dedicated,
community-wide engagement efforts, Georgetown’s historic downtown is a national example of how a
community can work together to create access and opportunity for all.”

“It is exciting to learn that Georgetown’s historic downtown district, centered around the Most Beautiful
Town Square in Texas, has been named one of the Great Places in America,” Mayor Dale Ross said. “Our
downtown, with art galleries, museums, our public library and street festivals, is also a state-recognized
cultural district. This wonderful recognition for the heart of our community is a tribute to our citizens
who have cared for the historic buildings as well as the people who live and work and visit here.”

Since launching the Great Places in America program in 2007, APA has recognized 290 neighborhoods,
streets and public spaces around the country. Designees are selected annually and represent the gold
standard for a true sense of place, cultural and historical interest, community involvement and a vision
for the future, the release said.
SHARE THIS STORY