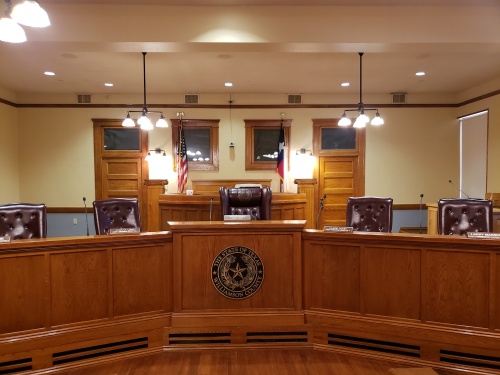 The eight additions include:


"[Budget decisions] is the job; the main job the commissioners court is supposed to do," Precinct 2 Commission Cynthia Long said. "[These decisions are] very important. They have to do with public safety, the health and wellness, and the enjoyment of citizens in our county."

The adopted amendments will be added to the total general fund budget, however the initial $185 million proposed budget has not yet been approved by the court and may see changes as well, said Jennifer Templeton, a county budget analyst.

The court will approve a final budget and county tax rate on Aug. 28. Commissioners voted to set a proposed maximum tax rate at $0.466529 per $100 valuation at the end of July. The proposed tax rate is the combined total tax rate including maintenance and operations, interest and shrinking, and road and bridge taxes and is not the final approved rate.