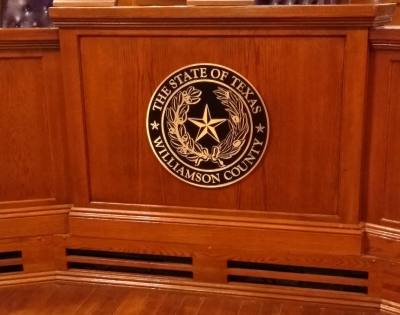 Williamson County Judge Dan Gattis has been charged with a misdemeanor count of official oppression following a reported confrontation between the judge and a chief sheriff’s deputy Tuesday apparently sparked by comments Sheriff Robert Chody posted on Twitter.

Fox 7 Austin reports the incident between Gattis and Chief Deputy Tim Ryle involved Gattis allegedly threatening to cut funding from the sheriff’s office in response to tweets posted by Chody that questioned the county’s budget management.

Neither Gattis nor the county will be releasing statements on the matter, said Connie Odom, the county’s public affairs manager.

County prosecutors filed the charge against Gattis on Tuesday, according to county records.
SHARE THIS STORY