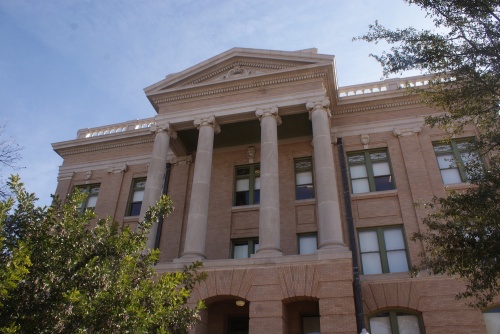 During the weekly county Commissioners Court meeting, historical commission Chairwoman Eloise Brackenridge asked for the court's help in recruiting for the open positions.

The organization currently has 12 active members. Brackenridge said the commission previously had 22 members but lost some to resignations and death.

“Over the past year, five people have either died or left the commission, and as a group, we were talking about replacing those five,” Brackenridge said.

She said she believes filling at least five positions would be enough because the commission's bylaws require at least seven active members.

Brackenridge said she also wishes to diversify the organization and would like to see representation of individuals who live outside of Georgetown. Two members are from Taylor, one from Cedar Park and the rest live in Georgetown.

“It would be very nice to have someone from Round Rock and Hutto and some of the other cities," she said.

The historical commission meets on the second Thursday of every month. Interested applicants can reach out to their county commission representative for more information.


Here’s what else you need to know:

County Judge Dan Gattis and the court approved implementing a countywide burn ban for no longer than 90 days.

Jared Thomas, director of Williamson County emergency management, told the court the county could have to ban fireworks on the Fourth of July if the area did not get rain because of recent high temperatures and low humidity.

“We are continuing to dry out,” Thomas said. “If it wasn’t for the little storm last week that caused a little tornado on the west side of the county, we would be worse off than we are today.”

Under a burn ban, residents may not burn any combustible material outside of an enclosure that serves to contain all flames and/or sparks. The burn ban prohibits the burning of household yard waste, such as leaves, grass, brush and other yard trimmings, according to a news release.

The misdemeanor is punishable by a fine up to $500.

Gattis can lift the ban if conditions improve.
SHARE THIS STORY