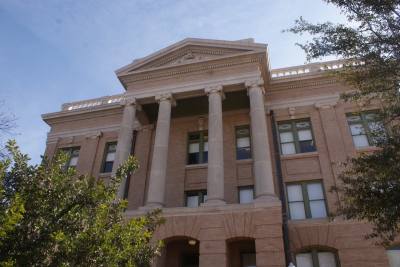 Williamson County commissioners held a public hearing but decided to hold off on voting Tuesday on whether to strike a deal with a housing authority that aims to help bring more affordable living options to residents.

The Texas Housing Foundation, an independent housing authority based in Marble Falls, operates properties in Georgetown, Round Rock and Liberty Hill, but bringing on the county as a partner would streamline the process to add additional housing and provide a layer of transparency, CEO Mark Mayfield said.

“Most of the people we house are people who work in the retail establishments and work in restaurants or work in schools,” Mayfield told commissioners during a Feb. 9 meeting. “They’re necessary, vibrant parts of the community, but they can’t buy the [expensive] homes."

According to the U.S. Census Bureau’s 2017 American Community Survey, the median household income in Williamson County is $75,935, and the median home value in the area is $209,400.

A public hearing Tuesday drew only three speakers who all disagreed with the proposal between the county and housing authority. The speakers argued that less government regulation would be a better way to lower housing costs, and they also raised concerns that, under state law, housing authorities have the right to use eminent domain to take possession of private property.

Precinct Four Commissioner Larry Madsen disagreed with the speakers and said his work with nonprofits in Williamson County showed him how important affordable housing can be for the community.

“I’ve seen really good things through this public housing. I’ve seen moms that are raising kids on their own be able to find a safe place to raise their children, afford housing, work and be an asset in our county,” Madsen said. “I’d be willing to look more into this, but I’ve seen the track record of Texas Housing (Foundation) and have talked to Mark (Mayfield) and am comfortable moving forward.”

Without a vote Tuesday, the matter is expected to return to commissioners during a future meeting.
SHARE THIS STORY