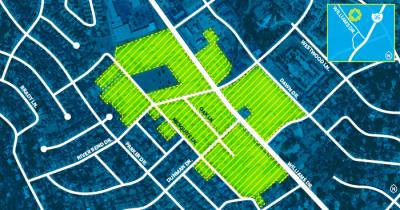 The Georgetown Chamber of Commerce has rescheduled an event to celebrate the re-opening of dozens of businesses near River Bend and Williams drives to June 1 after the event was postponed this past weekend due to forecasted rainy weather.

The free event is set up to support local businesses that were forced to temporarily close due to an evacuation order that took effect following an underground natural gas leak discovered in the area Feb. 20.

More than 120 businesses and homes were subject to the evacuation, which was implemented by Atmos Energy and the Georgetown Fire Department as a precaution. The evacuation continued more than two months for some affected homeowners and businesses as Atmos crews worked to locate and remove residual gas that remained in the soil surrounding the location of the leak, which was repaired shortly after its discovery, according to Atmos.

The re-opening event starts at 9 a.m. in the parking of Lone Star Circle of Care at 2425 Williams Drive, Georgetown.

A ribbon-cutting ceremony will include remarks from Georgetown Mayor Dale Ross and Williamson County Judge Bill Gravell, according to the chamber. The event also features free food and beverages as well as live music and other activities.

The chamber is coordinating the event with help from the city of Georgetown and Williamson County as well as sponsorship from Atmos.
SHARE THIS STORY

Council members agreed that if the charter amendments receive voter approval, they would take effect after Jan. 1, 2022.