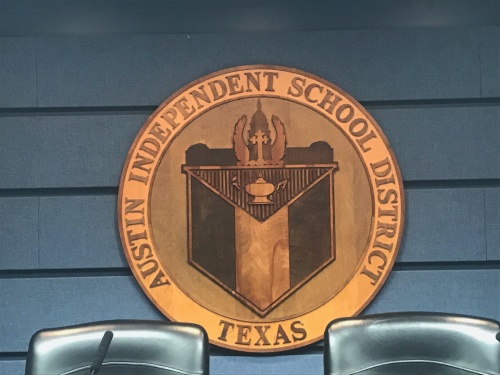 Austin ISD has hired a new equity officer to oversee equity within the district.

Stephanie Hawley has been hired by Austin ISD as the district’s first equity officer, filling a new position the district has discussed frequently as a way to assure fairness and equality across the district as it progresses through its ongoing “school changes” process.

“[I'm] really excited about this opportunity for an individual to look at all areas of equity in our district—looking at functional items of policy, of staffing, of finance, of academics [and] of facilities—so it is multifaceted,” Superintendent Paul Cruz said at a board meeting June 17.

He said the equity officer will call out where the district has done well in terms of equity, and where it has not succeeded. Then, it will be on the district to address problem areas and make sure "we have improvements and mover this in the positive direction," Cruz said.

According to a news release about the hire, Hawley had been serving as the associate vice president of equity and inclusion at Austin Community College and has also worked in positions at City Colleges of Chicago, Morton College, Oklahoma City University, and Del Mar College. She also has a doctoral degree in higher education administration from the University of Texas, according to the district.

Although the hire was approved with a unanimous vote June 17, trustee Yasmin Wagner said she was concerned that the role “may not have the teeth or support” to have a significant effect. She pointed to the city of Austin’s hiring of an equity officer in 2016 and said it took years for that position’s role to be clarified and for the position to have the resources and staff in place needed to be effective.

"More than anything right now, we need this role to be effective, and this role has to be not only given a list of responsibilities, but we have to make sure as an organization that there is true support for change management," Wagner said.

She said the recommendations and research that come out of the position must be applied to establish the district's culture, guiding principles and values.

Trustee Jayme Mathias said he and others from historically underrepresented communities in the district were elated when Cruz brought a candidate to the board, but that the hire does not let the board off the hook.

“Together, with the help of this person, we may be able to address the persistent inequities and racism and segregation that we still struggle to shake” he said.
SHARE THIS STORY