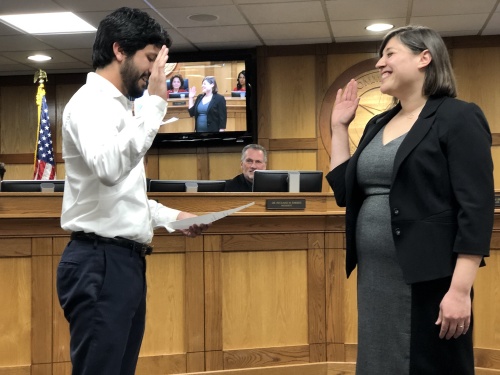 Students at Austin Community College will be able to pursue associate degrees in fashion design and technical theater after the community college district’s board of trustees unanimously approved the new programs Jan. 14.

ACC already offers an associate degree in fashion marketing, and the campus launched a fashion incubator project in 2018 with 7,500 square feet of space and a $13 million Gerber Technology manufacturing machine. Incubator director Nina Means said the students need technical skills as well as marketing skills to prepare for the workforce, according to documents from the marketing and fashion advisory meeting.

“Without the higher level technical courses, they won't be skilled enough to use the $13M of apparel technology we have in the Fashion Incubator,” Means said, according to the minutes. “We want them to be business savvy and able to make their product come to life with a high level of quality.”

ACC Vice President for Instruction Mike Midgley, called fashion a “growth industry” in Austin and said the new program will be added to prepare local students to take advantage.

A 2015 report prepared for the city of Austin by TXP Inc. said the fashion industry locally employed over 1,300 individuals and had an annual economic impact of over $86 million. In addition to the associate degree program, a certificate program will also be offered.

The associate’s degree program in technical theater will expand ACC’s drama program to support students interested in a career working behind the scenes.

The technical theater degree will be offered with two specializations–one in make-up artistry and costume technology and one in scenic construction, lighting and media technology. The courses will prepare students for careers ranging from professional makeup artists, costume attendants, riggers, board operators or video equipment technicians.

The fashion design program is set to begin in fall 2019, with the technical theatre program to follow in the fall of 2020.

The board of trustees also took the following actions on Jan. 14: