Ask the editor: How is this year’s local election paid for? 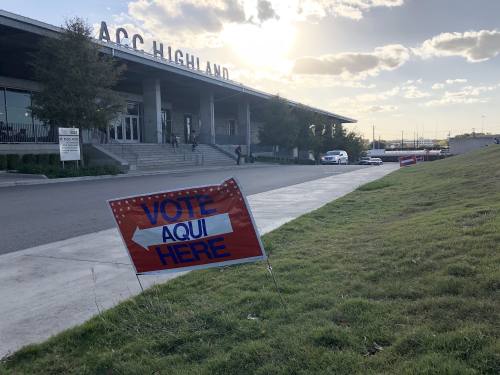 Back in August, a group opposing the expansion of the Austin Convention Center sued the city and won, forcing Austin to rewrite its ballot language for Proposition B. As part of the ruling, a judge ordered the city to strike language referring to an election “for which the city must pay.”

The deletion of that phrase made me realize I did not know who pays for local elections, and I’m sure some of our readers do not either, so I called Ronald Morgan, Travis County’s chief deputy county clerk.

Morgan said this year’s election is estimated to cost about $1.6 million. The county budgets for that full cost, but it will not end up paying the entire bill.

That is because, Morgan said, local governments will pay back Travis County a portion of those costs, with the amount repaid based on the number of registered voters within those jurisdictions. Each election has different rules—political parties foot some of the election day bill for March primaries—but this fall it will be Travis County picking up the tab, with local cities and school districts paying some back.

Editor's note: This story has been updated to reflect the correct month and payment structure for primary elections.