Application window for May 4 elections now open to potential candidates

The application filing window for the May 4 general elections in the Lake-Travis Westlake area began Wednesday, Jan. 16. Below is more information on all of the entities in the area holding elections as well as important dates to know leading up to and following May 4.

 Feb. 15 – Deadline to file application for a place on the ballot
 Feb. 22 – Last day for a candidate to withdraw an application
 April 4 – Last day to register to vote in the May 4 election
 April 22 – Early voting begins
 April 30 – Last day of early voting
 May 4 – Election day
 May 15 – Elected candidates take oath of office

The Eanes ISD board of trustees election will be to fill places 4, 6 and 7.
Place 6 is currently held by Colleen Jones and Place 7 by Ellen Balthazar, and both seats are up for full three-year terms. Place 4 was vacated by Julia Webber's resignation and will be up for election for the two-year remainder of her term.

The Lake Travis ISD board of trustees election is to fill places 3, 4 and 5 for full, three-year terms.
Place 3 is held by Jessica Putonti, Place 4 by board Vice President John Aoueille and Place 5 by President Kim Flasch.

West Lake Hills’ general election will fill council member seats for places 1, 3 and 5. Those elected to office will serve two-year terms from May 2019 to May 2021. Place 1 is held by Rhonda McCollough, Place 3 by Beth South and Place 5 by Jim O'Connor.

Seats up for election are currently held by incumbent council members Marie Lowman, Kara King and Andrew Clark. King has served on City Council since 2013, Lowman since 2014 and Clark was appointed in June 2018 to fill the vacancy left by Mayor Monty Parker. King said she plans to run again for a spot on the council, and Lowman said she will not run again. Clark confirmed Thursday, Jan. 10 he will seek re-election. Andrea Willott, Bee Cave Planning and Zoning commissioner, said she also plans to run for a spot on the council.

The city of Lakeway election involves three council members and the mayor, all of whom have terms expiring in May. Council members Ron Massa, Keith Trecker and Bridge Bertram will not be running for seats since they have reached their term limits. Mayor Sandy Cox is also up for re-election in May but has not announced an intention to run.

Village of Briarcliff
Should applicants file by the Feb. 15 deadline, a potential election could take place for the mayor and two alderman slots. Mayor Al Hostetler as well as aldermen Dave Hertel and James Johnston are all up for re-election in May.
SHARE THIS STORY 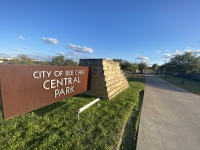 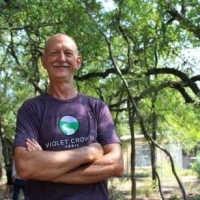