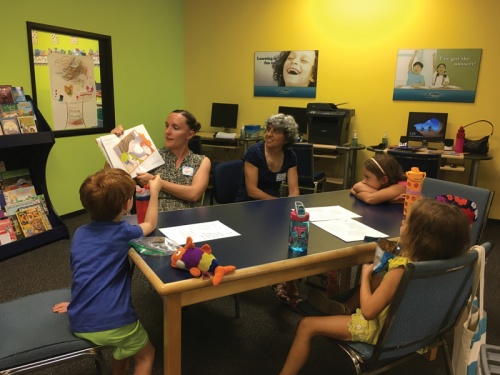 An inclination toward more progressive forms of Judaism paired with affordability is leading some Jewish individuals to lay down roots in South Austin, members of area congregations say.

Congregation Kol Halev, a nondenominational progressive group formed in 1997, is composed of a diverse, inclusive group of individuals less interested on the traditional practice of religion in a physical structure and more focused in sharing a set of values and participating in social action, its board president Sherry Blum said.

Although the congregation has never been tied to a specific temple, many of its members are residents of South Austin. In response to a need voiced by its congregants, Kol Halev recently opened a Hebrew school on William Cannon Drive.

“We’ve realized in the last few years that there is a lot of interest in Judaism south of the [Colorado] river,” Blum said. “We will meet half the time at the [Jewish Community Center], but we’ve started to do more in Central and South Austin. We wanted to make Judaism more accessible to different parts of Austin.”

According to the Institute of Southern Jewish Life, since 1968 the Jewish community in Austin has grown twentyfold. And although no demographic study has been done, Shalom Austin, the organization which oversees the city’s Jewish Community Center, estimates between 15,000-18,000 Jews call the city home.

Historically, Jewish individuals have chosen to live in Northwest Austin near the Jewish Community Center, Blum said. But as the rising cost of housing pushes families into suburbia, many Jews are discouraged from traveling north in rush-hour traffic for Friday evening Shabbat, Kol Halev rabbi-cantor Robbi Sherwin said.

“Everyone is expanding out of the central areas for reasons such as affordability,” she said. “It’s up to us as spiritual leaders to create a neighborhood atmosphere for them and their Judaism as well.”

“[Selah] is a little more bohemian, unaffiliated, maybe not as organized,” she said.  “People who don’t want the conventional membership structure, who by and large are cultural Jews. People who may want a backyard bar mitzvah—casual, warm, welcoming and non-judgemental.”

Miller said Selah’s congregants, similar to Kol Halev’s, gravitate toward an informal practice of religion that is woven into everyday life. There’s also the factor of convenience, which Miller says contributes to the desire to practice one’s faith near home rather than traveling north.

“Traffic is a lot of it, and lot of people just don’t want to sit in the traditional building; they would rather do Jewish things like have a hike and learn about nature, or do social justice,” she said. “People just aren’t drawn toward formal religion as much.”

Deborah Marcus, a congregant at Kol Halev, moved to South Austin in 2016 from New Jersey. She said she was looking to enroll her daughters in a Hebrew school but struggled to find a program that worked with her family’s schedule.

“When I got down here, everything I found was tied to a synagogue or temple,” Marcus said. “We lived in Southwest Austin, and I realized it wouldn’t be feasible to drive to Northwest Austin. I kept meeting people in our area struggling with the same thing and looking for something more laid-back and less of a time and financial commitment.”

From there, Blum and Marcus embarked on a journey to establish the Kol Halev Sunday School, which began offering classes in the GradePower Learning Austin South building on William Cannon in early September.

“The response from the community was astounding,” Marcus said.

Using curriculum curated by the Goldring/Woldenberg Institute of Southern Jewish Life, children enrolled in Kol Halev Sunday School learn prayer and biblical Hebrew as well as participate in singalongs and other cultural activities.

Blum said the school is one of the ways Kol Halev is working to unite the different Jewish individuals and families in South Austin, which for many years have functioned as separate entities.

“There was this feeling for a while that we were functioning as a Jewish bubble, but there is no reason why those Jewish bubbles in Southwest Austin can’t join together as a community,” she said.
SHARE THIS STORY